The Romantic Legacy of King Tutankhamon

“Good evening, young lady, may I join you for a drink?”

The voice was clear, sharp and to the point and when the lady concerned turned her pretty head, she saw a tall handsome well-built gentleman with bright blue eyes sporting a bushy moustache looking down at her with an intent that was not to be denied.

“Do come and join me,” she said, “I am waiting for my mother to come downstairs for dinner.”

“A small glass of sherry, please, and I am sure my mother would like orange juice.”

“And I will order myself a whisky and soda. I certainly need one!”

And so a momentous encounter began that was to shape the life of a world renowned bestselling novelist and establish a particular colour as a standard and classic for millions of people.

The place was the bar of the famous Shepherd’s Hotel in Cairo and the day was sultry and the heat oppressive. The bar was cooled by electric fans that made a rough clanking noise, but brought a welcome draught to the sweltering guests.

The date was April 15th. 1923 and the lady was none other than Barbara Cartland, a beautiful and fashionable 21 year old visiting Egypt for the first time chaperoned by her mother.  She had recently completed her debutante season, having been presented at Court and Barbara had astonished London Society and her family by writing her first book, “Jigsaw,” which was published in 1923 and had become an instant international success.

Now Barbara was not only seeing the world, but seeking new ideas and situations for her next book.

The good-looking gentleman certainly deserved his whisky and soda as he had been excavating in the Valley of the Kings for many years without success.  And then he had made the extraordinary discovery of the intact tomb of a Pharaoh that was to electrify the world of Egyptology and would catapult him to fame around the world.

It was Howard Carter.

Barbara was immediately attracted to him and he to her. She was fascinated by his story of how he had found Tutankhamen’s tomb at the last throw of his digging season and against all the odds.  He was a great raconteur and she was thrilled by his description of the contents of the tomb and his sheer excitement of stepping back 3000 years into Ancient Egypt.

He of course found Barbara most attractive and charming and he particularly appreciated her infectious enthusiasm for everything he was telling her.

He joined Barbara and her mother for dinner that night at Shepherd’s Hotel.

He waited until the last course before issuing Barbara with an invitation to visit Tutankhamen’s tomb with him in a week’s time when he would have returned to Luxor.

Barbara and her mother were travelling on to Luxor anyway, so she accepted gladly.

After the train journey from Cairo they arrived at the Winter Palace Hotel and two days later Howard Carter arrived to escort Barbara to Tutankhamen’s tomb. Barbara left the hotel without her mother who was not feeling well. 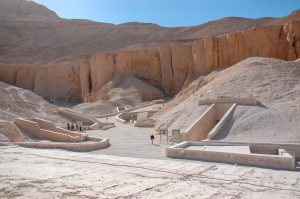 They reached the mouth of the tomb and Howard helped her gently down the rough hewn steps into the first of the ante-chambers and next into the burial chamber.

Barbara’s first impression was how small the room seemed and then as her eyes became accustomed to the light in the tomb, she was forcibly struck by the startling vivid and vibrant bright colours on the walls.

One colour stood out beside all the others and it was a glorious clear and pure pink.  Barbara had never seen a pink like it before.  It was strong, forceful and compelling and at the same time it was warm, tranquil and overwhelmingly feminine.

‘That is the most wonderful and incredible colour,’ thought Barbara sitting on the sarcophagus and she was so rapt in her admiration of Tutankhamen’s amazing pink that she failed to notice that Howard had come to sit beside to her.

In a moment he was trying to kiss her – only to be pushed away!

Barbara was having none of that – he was a married man!!

Having extricated herself from his clutches and from the dust of the tomb, Barbara returned to her mother somewhat chastened.

But she dreamed that night of Tutankhamen’s pink and felt it was the most romantic colour in the world.

Her memories of the brilliance and vitality of the King’s pink stayed with Barbara until she and her mother had returned home and back in England she could still feel its power in her very soul.

‘This shade of pink will be my colour from now on,’ Barbara decided, ‘and I will dedicate it to all my romantic novels so that my readers will associate pink with eternal love, endless passion and happy endings. And hopefully they will draw inspiration from the colour pink for their own lives and loves as well.’

Tutankhamen’s pink did indeed have a profound effect on Barbara’s life and through her everyone around her.

Everything she could think of in her life was now in pink.  Her bedroom, her make-up, her hats and most famously her legendary dresses, which rapidly became her trademark along with her white Pekingese. 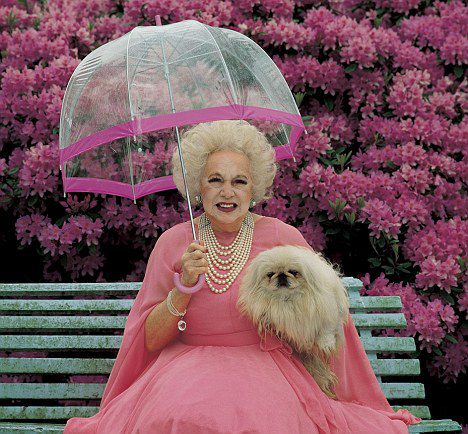 In the many articles she wrote and in speeches and radio and TV interviews, she was always praising and recommending pink as the ideal colour for women of every age, as it made them feel romantic and therefore very feminine.

And she strongly believed that pink had a calming and tranquil effect on everyone.

She was so delighted at the report of a prison in Colorado that had been decorated entirely in pink and which had an amazing effect on the inmates, who were much calmer and the re-offending rate on release was much lower than in any other American prison.  In fact pink had turned them into model citizens!

On a diet of honey, vitamins and pink, Barbara Cartland lived a happy, long, full and rewarding life.  She achieved so much not just as an author, but as a politician, a charity worker and the ultimate guru of alternative medicine.  None of this success was at the expense of her family and her femininity – she always found plenty of time for her husband and children and she always wore pink!

Barbara Cartland was in fact the most prolific author of the 20th century, writing no less than 723 books of which 664 were romantic novels. With her publishers demanding ever more books she doubled her output to over 20 books a year in 1977, completing an amazing 400 in the last 20 years of her life.

When she died she left behind an incredible legacy of 160 unpublished manuscripts and her son Ian is now lovingly publishing them at the rate of one a month on the internet at www.barbaracartland.com and by mail order also they are being published as Ebook around the world although it will take him until 2018 to publish all 160 books. So there are many more wonderful stories to come for Barbara’s millions of readers around the world.

As a tribute to his mother’s love of pink Ian has called these books “The Barbara Cartland PINK Collection”, and of course to King Tutankhamon as well! 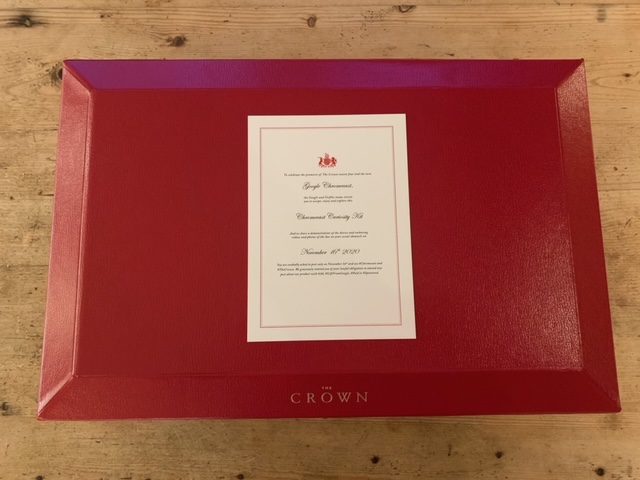 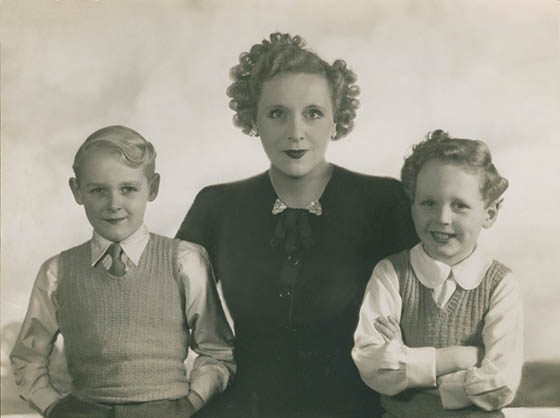 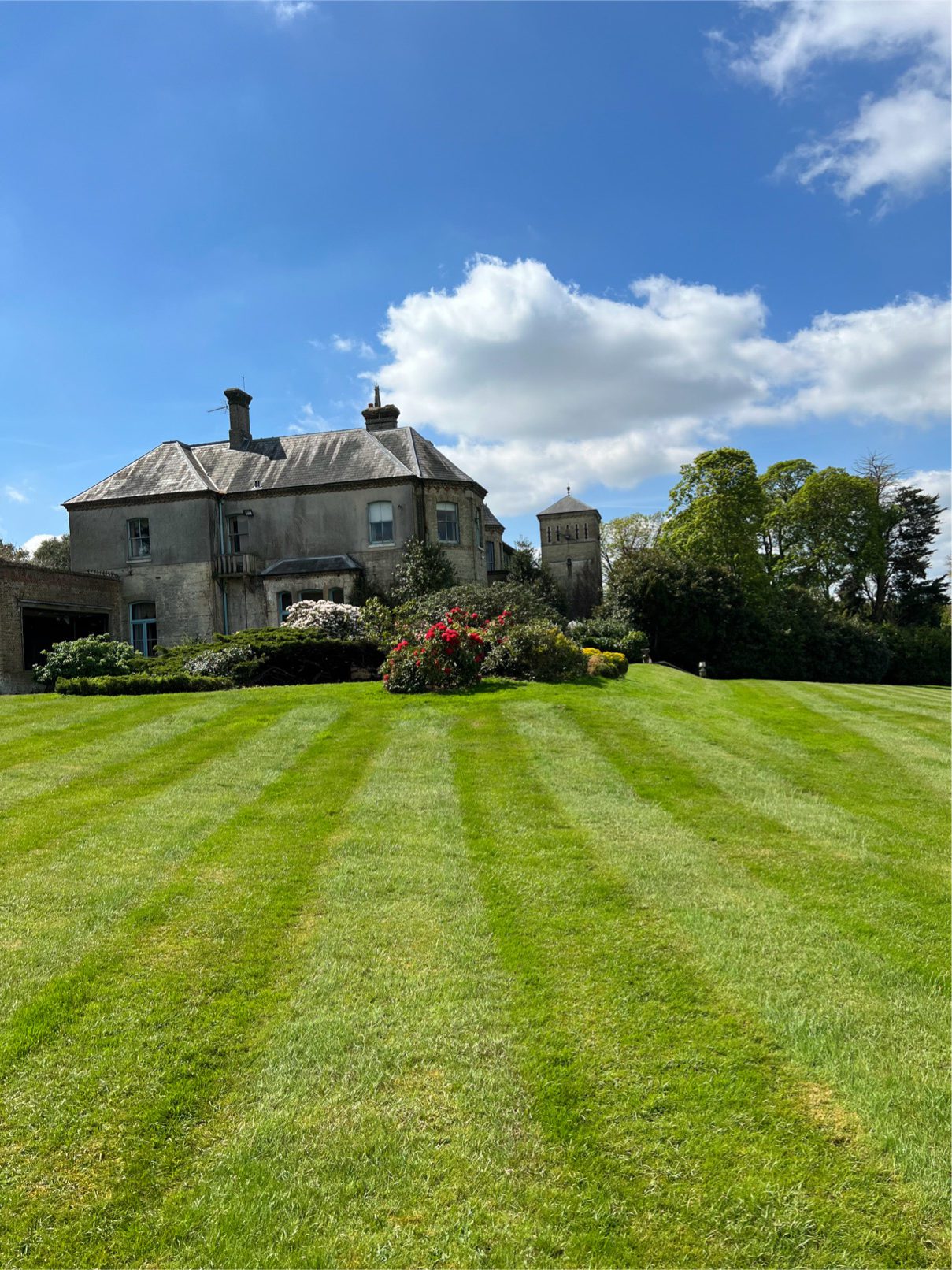 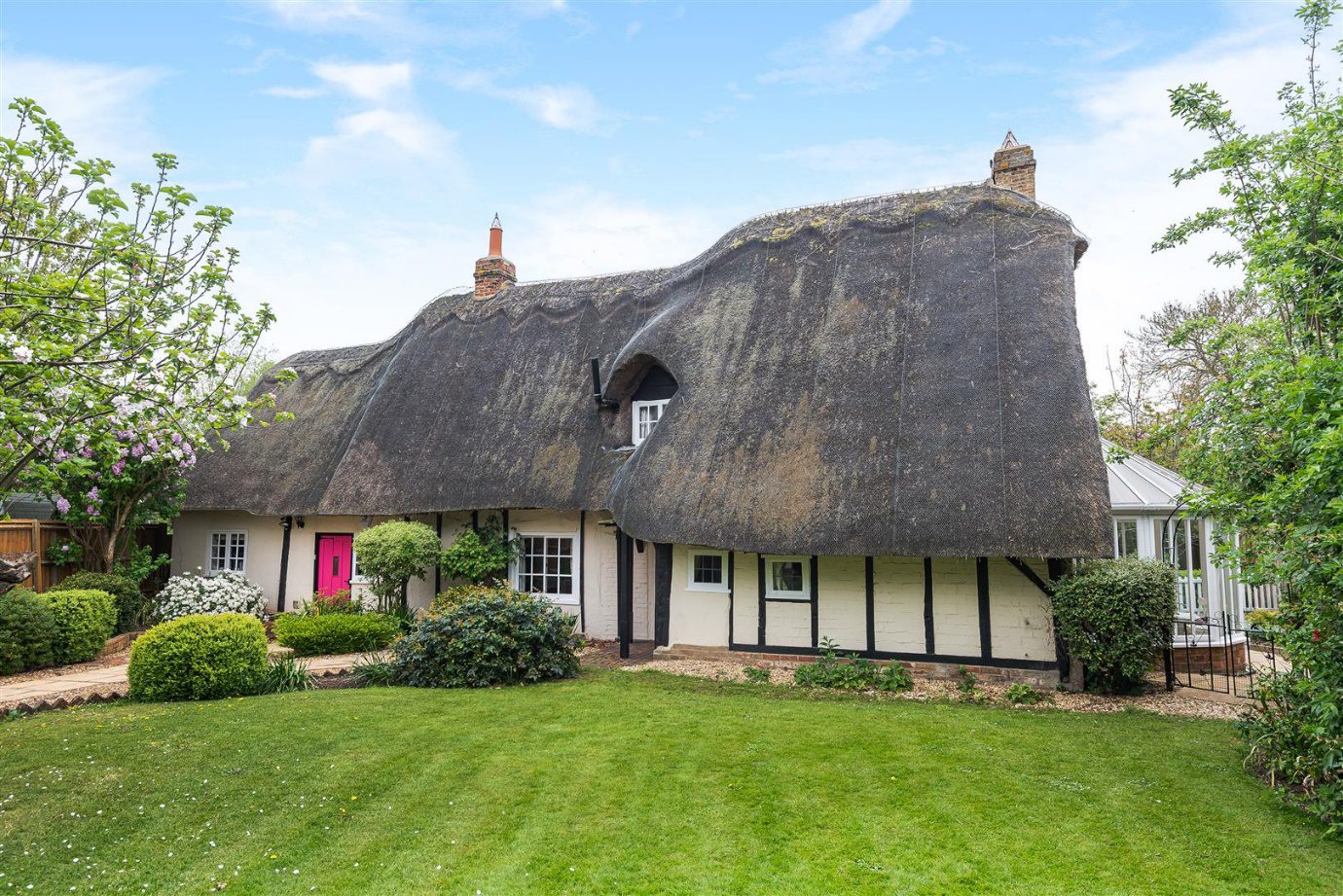