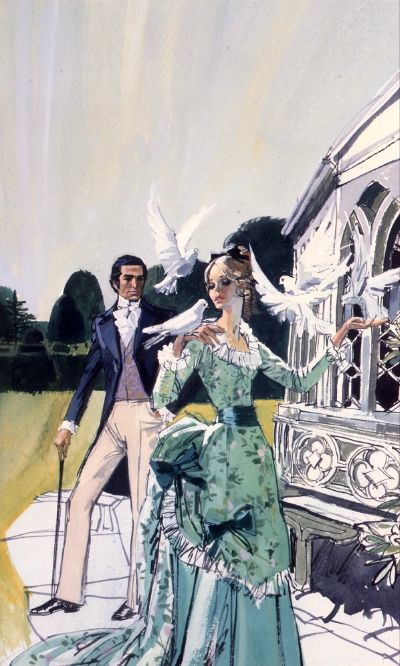 Aged just sixteen and still at school, Christine Lydford is appalled when she is ordered by her stepmother to leave school to live with the Marquis of Ventnor on his grand estate where he is to oversee her continued education. As if that was not bad enough, the Marquis is a notorious rake and even worse, her lady’s maid lets slip that secretly Christine’s hated stepmother has arranged for her to marry the Marquis. And once Christine is safely married her stepmother will be able to continue her clandestine affaire-de-coeur with him. But little does she know that the Marquis is already becoming bored with her and is looking elsewhere. But Christine is already in love with another. She elopes with her intended to Rome, after persuading her friend, the orphaned beauty, Mina Shaldon, to pass herself off as Christine, just until her friend is married and safe from the Marquis’s clutches. Timid little Mina is terrified, utterly in awe of the dashing sophisticated aristocrat, but she does not realise that he, like the entire household and the birds and animals in the gardens and the woods that are drawn to her as if by some special magic of hers, is smitten. Soon Mina too has lost her heart, although she knows that a Society Nobleman such as he would never dally with a mere orphan such as her if he found out that she was an impostor.