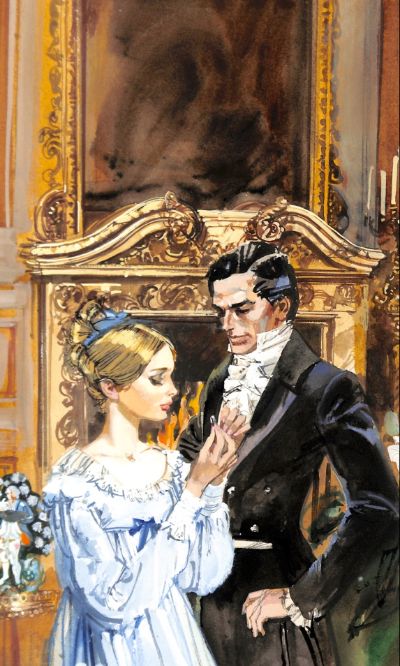 The Earl of Wentworth has a fiery and unpredictable temper and is about to fight a duel in Hyde Park with a Frenchman who has insulted him, when he is restrained by his friend, Sir Thomas Babbington, and a helpful Policeman. At the same time the beautiful Temia Brandon is returning home from her Finishing School in France and is longing to see her horse, Lightning, again. Temia discovers that her father has been hiding a dark secret for many years and is now being blackmailed by the odious Lord Alphonse who threatens to reveal the secret and ruin the family’s reputation. Lord Alphonse next proposes to Temia with her father’s approval and she has no alternative but to run away from her home in Northamptonshire to the bright lights of London. Through a strange set of coincidences Temia’s and the Earl of Wentworth’s paths cross and then Sir Thomas Babbington unexpectedly falls in love with her. Temia’s strong character and resolve are tested to the extreme and she is buffeted from pillar to post. How Temia helps defeat Lord Alphonse and despite endless dramas eventually find happiness with the one man she really loves and who loves her is told in this intriguing and fast-moving tale by BARBARA CARTLAND.