26. They Found Their Way to Heaven 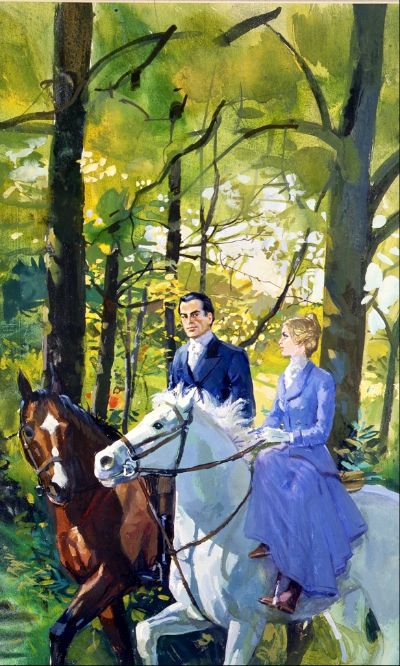 26. They Found Their Way to Heaven

Lady Elvina, the daughter of the Earl Winwood was rich, beautiful and in love. Any day now Captain Andrew Broadmoor would propose to her. But then she overheard him saying that he did not love her and would only marry her for her money. Elvina fled, travelling to Cumberland, where she had heard that the Duke of Castleforde was looking for a governess for his unruly sister, Violet. Concealing her true identity, she presented herself as plain Mrs. Winters and in Violet, Elvina found a troubled, rebellious young girl who needed her help. She began to grow close to the Duke, but as their love flowered she realised that his duty to his great house came first. And that duty forbade him to marry a mere governess. It would have been simple to tell him the truth that she was the daughter of an Earl, but pride prevented her. If he would not marry her for herself alone, then she would have none of him. How they resolved their problems and found their way to Heaven is all told in this compelling romantic novel by BARBARA CARTLAND.