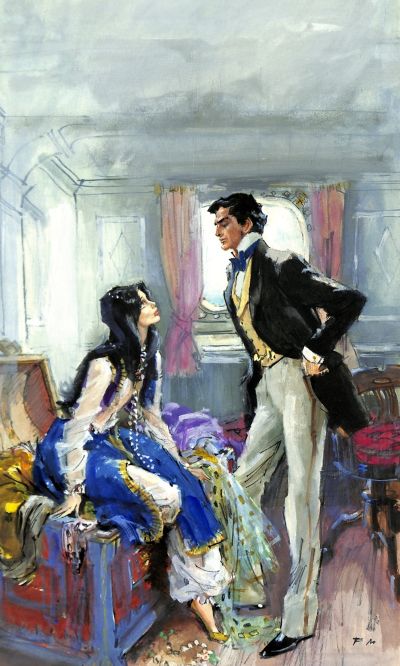 Marooned in Constantinople in the midst of the Turks’ war with their native Russia, young beauty Yamina and her seriously ill father risk being exposed and lynched as spies. One day in the Bazaar, Yamina witnesses an ugly scene as a Turkish mob sets upon a man they suspect is a Russian spy. She is rescued by the noble handsome English diplomat, Lord Castleford, and no sooner is she safely home than the Turks are searching house-to-house for Russians and, worse still for Yamina, her beloved then father dies. Now all alone in a hostile world and in a desperate bid to escape certain death, she finds herself enslaved in the Sultan’s harem where an even worse fate awaits her. Her friends in the harem smuggle her aboard a ship bound for the safety of Athens hidden in a golden trunk, a gift from the Sultan to the new British Ambassador to Greece. To her horror, the new Ambassador is none other than Lord Castleford himself, who is furious at her intrusion, until one night a passionate kiss changes everything forever and Yamina and his Lordship become slaves, not to the Seraglio, but to love.