73. The Revelation is Love 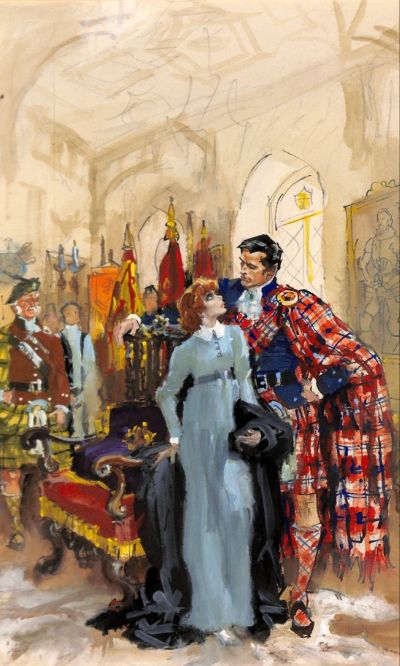 73. The Revelation is Love

Wealthy Rupert Fitzalan leaves his successful Railway Company in America to claim his inheritance following the death of his doughty, proud Grandfather, Lord Fitzalan. A modern, forward thinking businessman, Rupert is also the last male descendant of the mighty Fitzalan Clan, and longs for the beauty of the Scottish Highlands he last saw as a boy. Back in New York, eligible bachelor Rupert is nicknamed, Rupert the Rock, as so far no woman has won his heart. But the truth is that faced with so many vapid American socialites, and their pushy mothers, he secretly fears he will never find a woman he can love and respect, and longs to find a partner who will treasure him in return.Expecting to see the Fitzalan Castle of his boyhood, Rupert is shocked to see an empty, dilapidated shell devoid of all but a few family treasures, and realizes the obvious poverty that his Grandfather has endured to keep it for his heir. Only Duncan, his grandfather’s faithful old retainer, is a reminder of all that is lost, and Rupert vows to restore his ancestral home to its former glories. But life is about to change in unexpected ways once he meets flame-haired beauty Celina Stirling, the fiancée of Hamish MacLean, son and heir to the rival MacLean Clan. Hamish swiftly makes it very clear that there will be no warm welcome for the new Laird, and that he and his father, Lord MacLean will stop at nothing to regain that which they believe to be theirs. Within days of his return Rupert is plunged into danger as he tries to resolve an ancient family feud, pursued by the relentless hatred of the MacLean family, and spurred on to find the truth and restore his family honour. His only surprise ally in his quest is the lovely Celina, but can she really be trusted? Or is she yet another woman destined to betray him and hand victory to the MacLean’s?