43. The Punishment of a Vixen 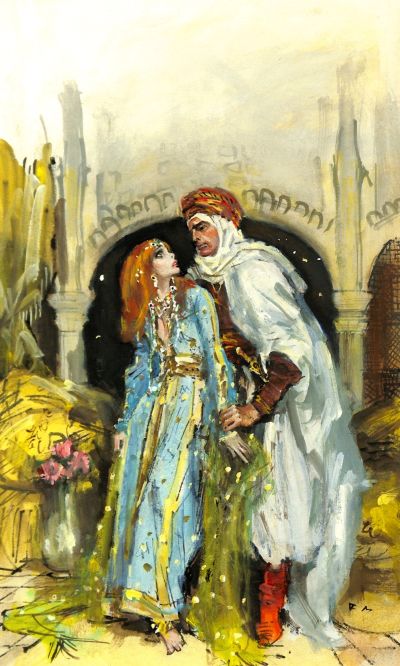 43. The Punishment of a Vixen

While staying at Lady Merrill’s French Riviera villa, flame haired and beautiful American heiress Nevada van Arden passes her time by casually breaking the hearts of her many ardent suitors particularly that of young David, Lord Merrill. When his uncle, intrepid explorer and diplomat Tyrone Strome, overhears her cruel humiliation of his lovelorn nephew, he resolves to teach this vixen’ a lesson and save David from his misery. Tyrone Strome abducts Nevada, spiriting her away in his luxury yacht to Morocco. There the reluctant voyager, swaddled in native clothing, is terrified by the perils of the Sahara and its nomadic tribesmen. But, as they flee from certain death or worse, they find sanctuary in a beautiful hidden valley, a second Garden of Eden, where to Nevada’s surprise, love begins to blossom in the desert.