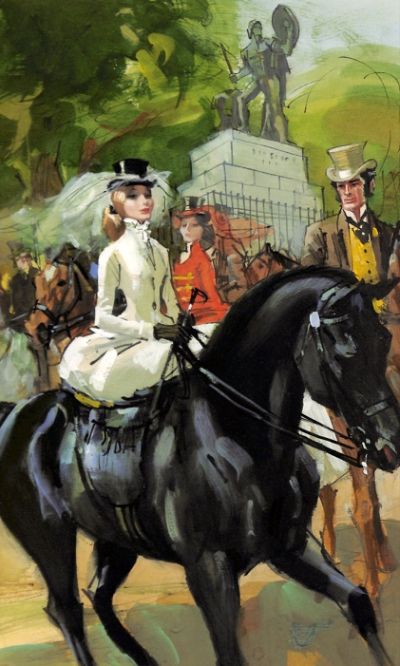 Innocent young Candida is almost destitute after the death of her beloved father. Resolving to keep up the family’s modest Elizabethan manor house in Hertfordshire and support Ned, the family’s faithful servant, she sees no alternative but to sell her beloved pitch-black stallion, Pegasus. So, when the worldly Major Hooper offers to take her and her mount to Hyde Park where she will undoubtedly find a high price, she agrees, though with a heavy heart. Little does she suspect that Major Hooper trades in young women as well as horseflesh – and soon she finds herself and Pegasus ‘sold’ to the dashing but awe-inspiring Lord Manville. A terrible maze of misunderstanding ensues and just when Candida realises that she has lost her heart to his Lordship, the London Society that seemed so carefree turns cruel. Even as she flees astride Pegasus, she is heartbroken, knowing she may never again see the man she loves –