78. The Peril and The Prince 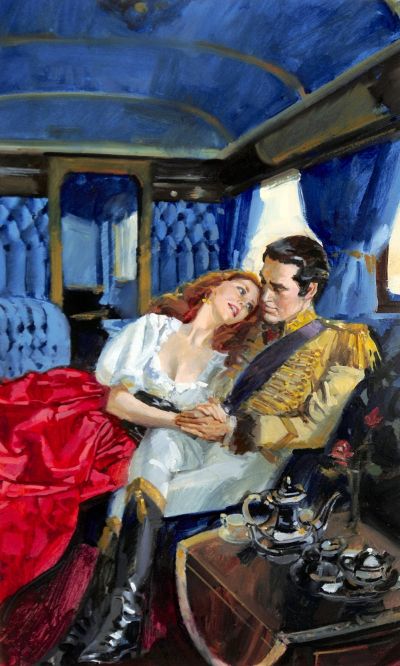 78. The Peril and The Prince

Vida Anstruther’s father has gone missing on his latest secret mission, ostensibly to Hungary and her sixth sense tells her that he has actually gone undercover to Russia and is in desperate danger, perhaps at the ruthless hands of the Czar’s Secret Police. Having informed the Marquis of Salisbury, the British Foreign Secretary, of her intentions, she sets off under a false name, accompanied only by her faithful Nanny, Margit, and a Courier. Vida journeys into Russia, where she meets the supremely handsome notorious womaniser and pet’ of the Czar, the playboy Prince Ivan Pavolivski, and instantly falls under his spell. Vida stays with the Prince at his stunningly beautiful castle and she is tempted to trust him, but is horrified when she overhears him talking with a Russian Secret Agent and it seems that the Prince is one of the enemy! But at least now she has learnt that her father is hiding in a nearby Monastery and flees the Prince’s castle to go to his rescue. Even as her heart swells with hope for Sir Harvey Anstruther, it breaks in the knowledge that the Prince she now loves is bent on betraying him.