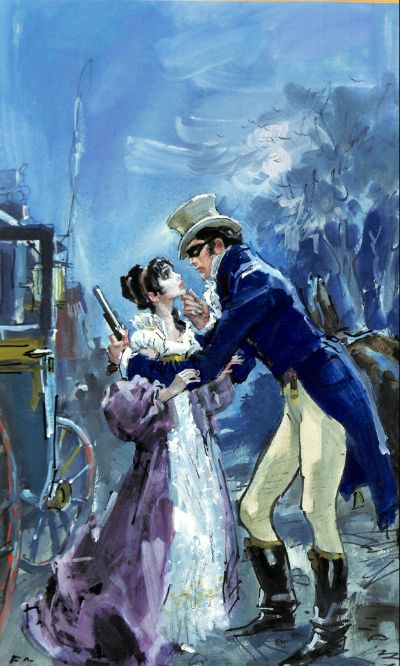 Society beauty Galatea, the outrageous Lady Roysdon’ is the talk of the town, especially of the Social whirl that surrounds the Prince Regent when his Court arrives in the spring in the fashionable spa town of Brighton. She is a magnet for countless suitors, not least the over-amorous D’Arcy, the Earl of Sheringham, whose advances she repels unceasingly for Galatea is a married woman, unwillingly wed to an older man who has been in a coma for years. In a rash attempt to flee the attentions of the Earl by travelling alone in her carriage, she is held up and robbed by a dashing highwayman, who leaves her without her jewels, but with an unforgettable kiss. Then when her good friend, Lady Dorridge, comes to her with an appalling problem, Galatea has her most outrageous idea yet! She resolves to enlist the help of her handsome highwayman a decision that sets her on a path to terrible danger, a thrilling swashbuckling adventure and the blossoming of a love more Heavenly than anything she has ever known before or could possibly imagine in her wildest dreams.