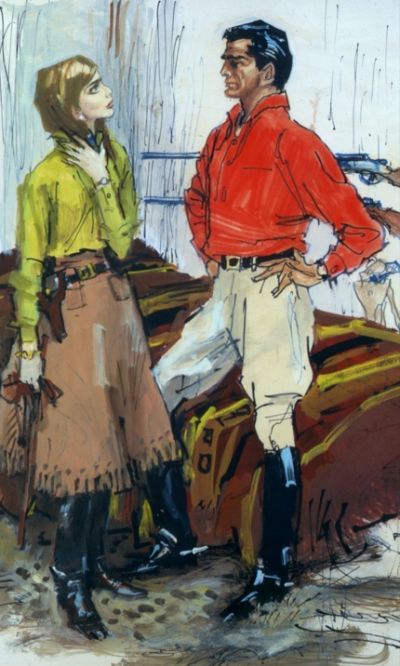 Against her cousin Jimmy’s earnest advice, the hot-headed but beautiful Skye Standish is determined to go off on an exciting adventure in the strife-torn South American country of Mariposa. Rebelling against her wealthy British background and the tiresome social world of New York, she ventures into the remote heartlands of Mariposa where she is kidnapped by the followers of a revolutionary known to everyone as El Diablo The Devil! Although furious and insulted at her capture, Skye at first assumes that he simply wants a ransom for her, which she can easily have paid. But then he announces abruptly that she is to be his wife, willing or unwilling. It is not her money he wants, it is her humiliation! Imprisoned in his network of secret caves in the mountains, she plots her escape from his clutches and to go back to civilisation and her elegant yacht and twice fails and then she has to face El Diablo’s terrible wrath. And her hatred of this cruel man is now complete. Yet observing his devotion to his impoverished people, she uncovers another, almost gentlemanly, side of El Diablo and the ominous phrase on the lips of those who fear him the kiss of the Devil’ takes on a passionate new meaning for Skye.