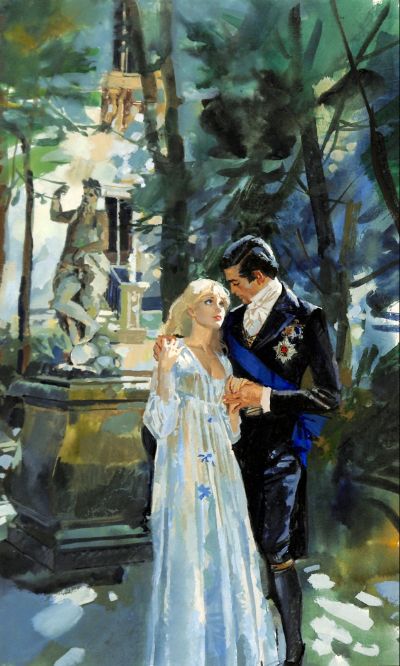 King Martiza of Salamos has fallen asleep when he suddenly becomes aware that something is moving in his room. To his astonishment he finds that it is Princess Veria who has come for his Coronation which is to take place the very next day. She, as her father has died, is now ruling the State of Kavolana which is a smaller Balkan country bordering on his. In a whisper she tells him that she has discovered a plot by her Prime Minister and his Cabinet to drug her so that she is found by them in his bed and then forced to marry her to save her reputation. The King realises that he has a bad reputation for pursuing beautiful women. But he has in fact no intention of getting married. He does, however, know that his Government has always wanted Kavolana to be joined to Salamos to make the two countries more significant together. It is more important now than at any other time because of the policy of the Russians who are infiltrating the Balkans and taking over every small Kingdom and Principality that they can. The King helps the Princess to escape from his bedroom in a very unconventional manner. Then he finds after his Coronation that he becomes involved in the difficulties of her country. They become friends as each of them realises that the other has no intention of marrying under any circumstances. The King is fully aware of the danger that their two countries are in. The Russians then think up a plot to marry Princess Veria to a Russian Prince and take over Kavolana that way. The King then turns to Queen Victoria for help as Great Britain is the only country that Russia has no wish to offend or fight. The King and the Princess save their countries, but they cannot save themselves from their own feelings. Finally, both the King and the Princess find happiness, which is all told in this unusual romance by BARBARA CARTLAND.