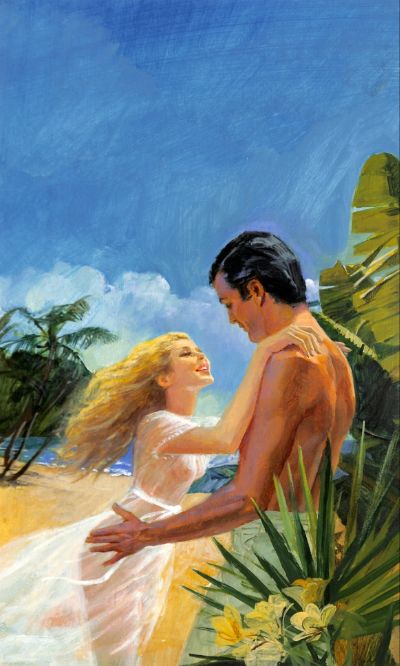 Sir Robert Westbury has two young daughters Heloise, the beautiful English Rose and her demure older sister Lydia, who lives with the fact that her father is disappointed that she was not a son! Since their mother died when they were children, self-effacing Lydia has grown accustomed to taking care of Heloise pandering to her every whim. When it is announced that her sister is to marry the dashingly handsome Earl of Royston and that he is whisking Heloise away to be married in the exotic paradise of Hawaii Lydia is expected to accompany her as a lady’s maid. Unlike her sullen sister, she is thrilled by the prospect and, transfixed by the Earl’s charisma and charm, she begins to fall in love with the man she can never have. But Fate takes a hand in the shape of a storm on the voyage that casts Lydia and the Earl overboard and washes them up alone on a desert island: the Island of Love, which will change Lydia’s life forever.