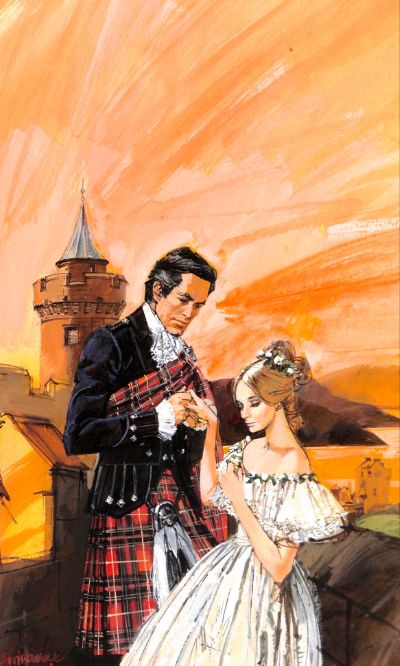 When her father, Colonel Alister McCarron, asks her to accompany him to a family Wedding in the North of Scotland, the beautiful young Sona jumps at the chance, not just to meet her relatives in the venerable McCarron Clan but also to see the dashingly handsome Marquis of Inver, for it is he who is to be wed. Thrilled by the Fairytale grandeur of Invercarron Castle and her heart fluttering at the Marquis’s considerable charms, Sona is bemused to find that his fiancée is the extremely plain Lady Jean McBora. Then she overhears that he is being forced by his father to marry Lady Jean to reunite the squabbling McCarron and Borabol clans and to prevent him from marrying a London beauty who would not be suitable for a future Chieftain of the Clan. And too late to stop herself, she finds that she has fallen hopelessly in love with the Marquis. And he with her. But their love is doomed. First by his forthcoming marriage of convenience to Lady Jean and then again when the Marquis is charged with the murder of his bride-to-be, a crime that Sona knows in her heart of hearts that he did not commit.