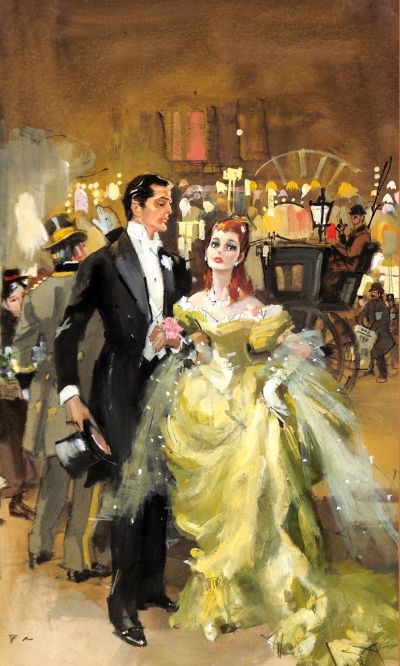 The beautiful Cassandra Sherburn has everything a young lady could possibly desire. Slender, flame-haired and alabaster-skinned and the heiress to her father’s immense fortune, her father has promised her hand in marriage to the dashing young Marquis of Charlbury, heir to the ancestral home and estates of the Duke of Alchester and she believes that she is in love with him. And over the years she has collected newspaper cuttings about him and pasted them secretly into albums. Now the Marquis’s father has died and he has become the Duke of Alchester. Yet Cassandra is not happy. Not only has she not set eyes on her fiancé’ since she was a child, she has heard from a number of different sources that he is penniless. Is it just her money that he wants to marry? Worse still, rumour has it that he has eyes only for the glamorous and seductive performers at London’s notorious Gaiety Theatre. Determined to find out for herself where his heart lies, Cassandra ventures to London in the company only of her disagreeable lady’s maid. She disguises herself as one of the racy actresses the Duke so admires and enlists the help of the celebrated Lily Langtry in order to meet him incognito. But little does she know of the perils that await an innocent young woman alone among the rakes and roués of London’s glittering lights.