77. The Gates of Paradise 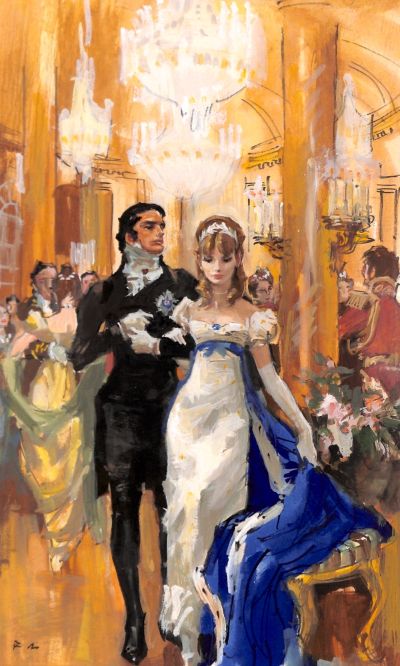 77. The Gates of Paradise

Narina Kenwin is the only daughter of the Bishop of St. Albans and used to a quiet comfortable life in her father’s country diocese. Intelligent, loyal and stunningly beautiful, Narina is happy with her lot, although she does sometimes daydream about the far off places that she would love to see with someone special by her side. And it seems that her wish to travel is about to come true when Narina receives an invitation from her school friend, Louise, who is married to Prince Rudolf, the Ruler of the small Principality of Alexanderburg in the Balkans. With great anticipation and excitement Narina accepts. She has greatly missed her friend since the wedding as they have so much in common including the fact that they look so alike that they are often mistaken for twins! But when Narina arrives in Alexanderburg she is instantly plunged into the middle of a political storm, with the young Royal couple at its centre. Quickly realising that the whole country is on high alert, and that the Russian Army may invade at any moment, Louise tells her that there is only one way to maintain Alexanderburg’s independence, and begs Narina to swap places with her, as they have done successfully so many times at school. Bravely accepting the challenge, Narina promises to take her friend’s place and play her part in defending the Principality. Hoping the ruse of swapping identities will work one last time, the two friends hug before parting and swearing each other to secrecy no matter what. Terrified that she will be discovered, and feeling very alone, Narina is confronted by a badly wounded Englishman, claiming to be pursued by the dastardly Russians. Grateful to find an ally, Narina is tempted to reveal her secret. But can she trust the offer of help from this mysterious man who seems so brave and daring? And how would he feel if he knew who she really was? As her feelings grow she is torn between her promise to her friend, duty to her country and the hope that true love may be finally on its way.