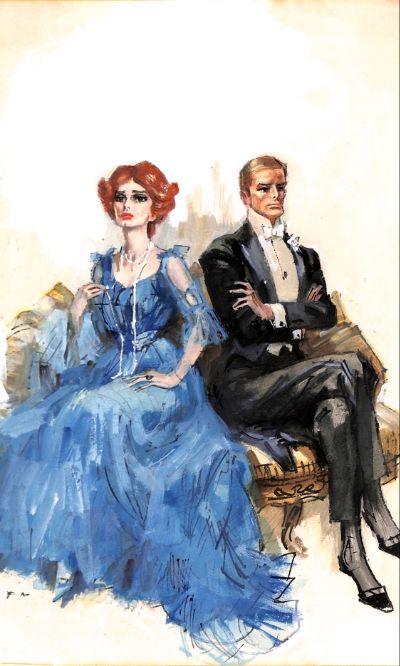 Sheldon Kinswood was at White’s Club with his friends when a Steward asks them if they know of a really good valet, as the Duke of Dartmoor is desperately looking for one. It is then that Sheldon tells his friends that the Duke is his uncle and he is living the life of a recluse in the country. The reason being that nine years ago the Duke’s fiancée had left him the day before their Wedding and ran off with her riding master. This had affected the Duke so badly that since then he has categorically refused to allow a woman to come into his house nor onto his estate. Or indeed anywhere near him. Worse still, he has not allowed his family any of the money that they were entitled to as he did not want any of his money to go to females. Sheldon’s friends suggest that, as the Duke would not recognise him, he applies for the position of valet at Dartmoor Hall to find out exactly what the Duke is doing with his money. They then take bets as to whether Sheldon will get the job and if he does whether he will be able to change the Duke in any way. Shortly after his arrival at Dartmoor Hall the Duke is shot by a burglar in his shoulder and is seriously ill. Sheldon then asks his cousin, Lady Kenton, to urgently send a nurse, who, of course, must be male, to care for the ailing Duke. How the male nurse, when he arrives, looks rather strange to the Duke’s staff, but seems competent. How the Duke himself recovers almost miraculously and unexpectedly appears to have changed. And how Sheldon finds love at the magic pool in the wood is all told in this unusual and exciting story by BARBARA CARTLAND.