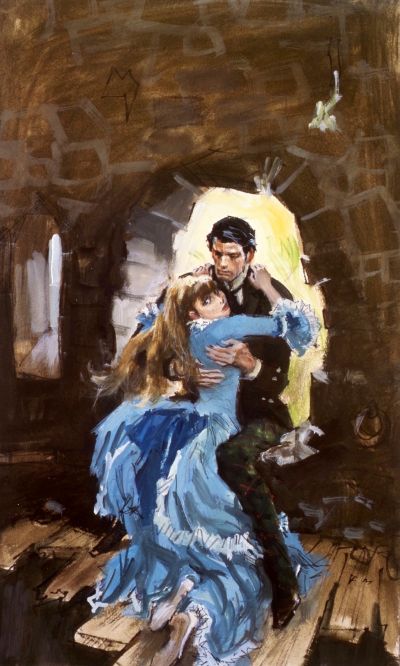 When Angus McKeith knocks on the door, the lives of Fiona Windham and her niece and ward Mary-Rose are changed forever. Following the recent death of Fiona’s father, Lord Ian Rannock, and sister, Rosemary, the child has become heir-presumptive to her Scottish uncle, the Duke of Strathrannock, who has summoned Mary-Rose to his castle in Scotland. Reluctantly complying, but insisting that she accompany Mary-Rose, Fiona finds the Duke handsome, yet distant and cold. Ostracised by the Highland community after the mysterious disappearance of his wife, the Duchess, and a bitter feud with his father, the Duke has withdrawn from Society and seems an insensitive, even brutal man. Soon, though, as Fiona’s innocent beauty warms the Duke’s cold heart and love between them blossoms. But when she attempts to solve the mystery that traps him in the past, Fiona finds herself in mortal danger at the hands of a woman possessed by a deranged desire for vengeance.