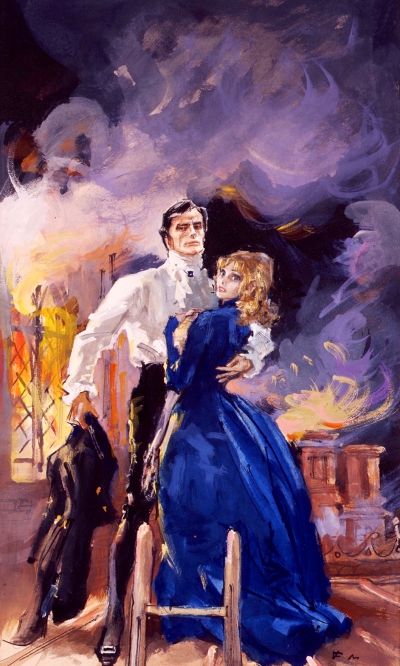 Innocent and lovely Shimona Bardsley’s father, the celebrated actor Beau Bardsley, has fallen desperately ill and yet he insists on persevering with the evening’s performance as Hamlet at The Theatre Royal, Drury Lane. A concerned Shimona accompanies him to the theatre where she overhears the notoriously disreputable Duke of Ravenstone known as His Disgrace’ offering her father the huge sum of five hundred guineas to find him an actress to play a part’ for just two nights. Desperate to raise enough money to take her father to a warmer clime and thereby save his life, Shimona accepts the Duke’s offer and finds herself reluctantly embroiled in a deception that her conscience finds hard to bear. Unchaperoned in the grand Ravenstone House in London with the devilish Duke and an imperious Clan Chieftain, Shimona is afraid, alone and in trouble But soon, to her bewilderment and ecstasy, she finds that she is also in love.