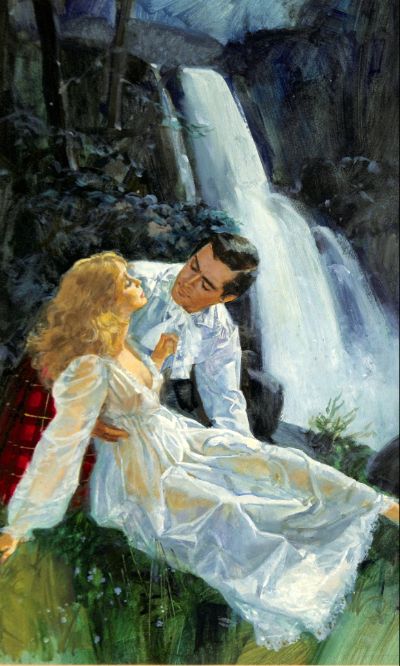 Called home from his Regiment in Calcutta after having inherited the title of the Third Duke of Invercaron on the death of his uncle, Talbot McCaron is dismayed to find not only that his highland estate is all but bankrupt but also that his family seems determined to marry him off to Lady Jane Dalbeth from the neighbouring Macbeth Clan. He soon understands the reason why, when he is informed that Lady Jane has inherited a vast fortune from her American Godmother. Strolling in the grounds of his new domain, he comes across a thin half-starved yet bewitchingly beautiful young waif who appears intent on drowning herself in a torrential cascade he cannot understand. With some difficulty in persuading her not to commit suicide, the Duke takes Giovanna, for that is her name, secretly under his wing and patiently waits to hear the reason for her desperation and terror. What he eventually discovers is a Devilish Deception an extraordinarily wicked plot that almost defies belief and in the process of saving Giovanna he comes to realise that he has irrevocably and for ever lost his heart.