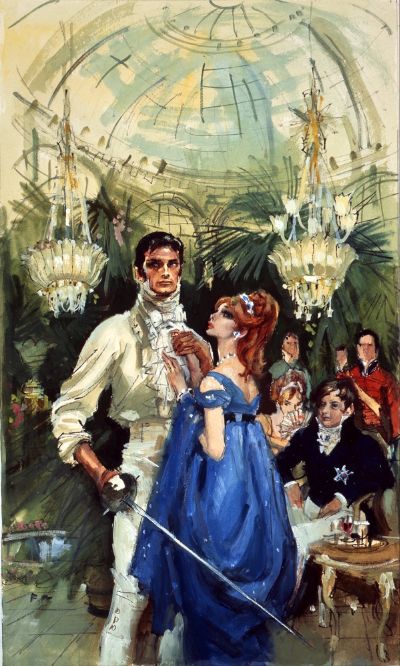 Left all but penniless by the death of her husband, Lady Maude Camberley is reduced to scraping a living through gambling and the generosity of Society gentlemen. So when the stupendously wealthy but conceited and cruel Prince Ahmadi of Kahriz offers her ten thousand pounds for the hand in marriage of her young beautiful daughter, Alyna, she accepts at once. Poor Alyna is utterly mortified and horrified as she finds the Prince utterly repulsive and could bear it if he touched her. Her mother will not listen to her pleas as she is frantic for the money the Prince has offered her. Alyna is so desperate that she is on the verge of suicide when a handsome Good Samaritan dissuades her on the bank of the River Thames. He is the handsome and debonair Lord Dorrington, who is instantly struck by Alyna’s plight and he then sets about protecting her from the evil Prince’s clutches. Alynda is adamant that she hates all men and will never marry, but gradually the noble good looks and gentle humour of Lord Dorrington helps to change her mind. And just as she realises that she is in love, the dastardly Prince reappears bent on revenge and she fears desperately for the life of her newfound love.