31. Solita and the Spies 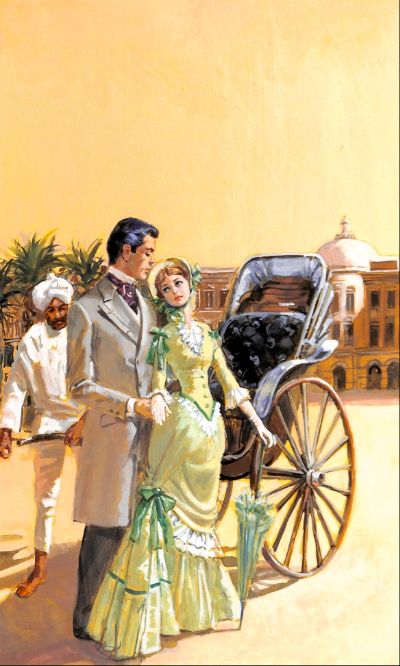 31. Solita and the Spies

After her father’s heroic death through the treachery of a Russian femme fatale, young Solita found herself in the care of her Aunt’ Mildred in Italy the cousin of her father’s comrade in arms Hugo Leigh. On Aunt Mildred’s death, a destitute, angry and hurt Solita travels to England to confront her errant Guardian, now Duke of Calverleigh, who had vowed to care for her but apparently neglected his duty for ten long years. It is true, he had forgotten her largely thanks to his all-consuming infatuation with a beautiful Russian Princess. The chastened Duke determines to take Solita under his protective wing and, as his charm and kindness dissolve her resentment, Solita’s acute intuition and talent for language soon expose the wicked Princess’s plot to overthrow the British Raj in India. In this well woven tale of intrigue, Solita and her Guardian are both in mortal danger and when she saves the Duke’s life, not once but twice, he sees this innocent young beauty in a Heavenly new light.