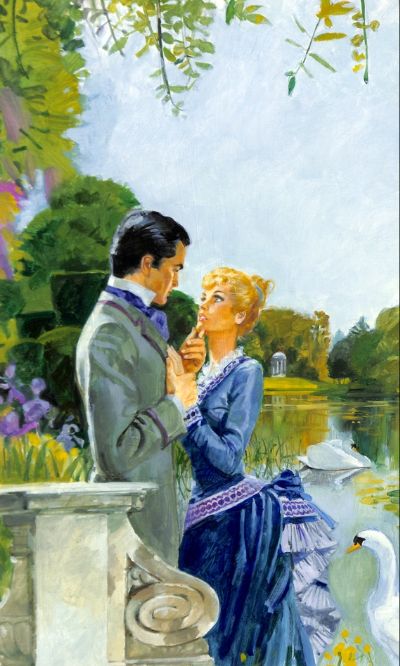 The beautiful Lady Eleta Renton returns from France where she has stayed long over her time at the Convent School in Paris. Because her mother had married again after becoming widowed and then she died too, Eleta was in no hurry to come home When she arrives back in London, rather sad at leaving the Convent School, she is horrified when her stepfather, whom she had never liked, tells her that she is to marry the Duke of Hazelware, because he is important to him in his business of shipbuilding and the Duke requires a wife with money. As she had never even seen the Duke, Eleta protested violently, especially when she learns her intended husband is over fifty, but her stepfather informs her that he is her Guardian by law until she is twenty-one and that will not be until the end of the year. As she is terrified at being forced into this marriage, she decides that the only course open to her is to run away She learns from her mother’s maid, Betty, of whom she is very fond, that there is an Agency nearby where she might be able to find a position as a secretary or a Governess. At the Agency the only place available is with the Marquis of Teringford, who has a very tiresome, badly behaved child of nine years of age, with whom no Governess will stay and has apparently run through a large number of them. One of them actually said when she left that she was a child of the Devil. Because she is desperate and despite Betty’s misgivings at the Marquis’s apparently doubtful reputation, Eleta takes the position and goes to his magnificent house in Hertfordshire. Here she finds that the small child has never been loved, which is the reason why she is so difficult. Also the Marquis is seldom there and, when he is, he scolds and lectures his daughter to distraction. How Eleta eventually tames and finds love for her pupil and for herself is all told in this romantic and moving tale by BARBARA CARTLAND.