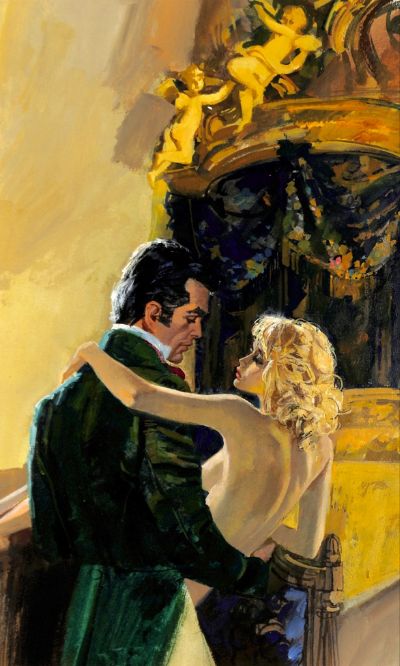 Madly envious of her demure stepdaughter’s loveliness, Isobel Fairburn, Lord Blackstone’s new bride, banishes young Sandra to the wilds of Bedfordshire where she is to live a miserable, isolated existence with her aged great-aunt. Desperate to escape this living death’, Sandra secretly flees her home and, securing the post of companion’ to the age-withered and cantankerous Dowager Countess of Kyle, soon finds herself amidst the glamorous Beau Monde in Brighton. Here Sandra meets the handsome Earl of Kyle and initially despises him for his cynical and sarcastic manner but before long she finds that there’s more to him than meets the eye. But no sooner has love begun to grow timidly in her heart, than her hopes are dashed when she finds he is already married to a French woman. Worse still, she hears of a sinister plot to extort money from her Knight of Chivalry’ but what can she do? And how will she ever find a match for this man beyond compare?