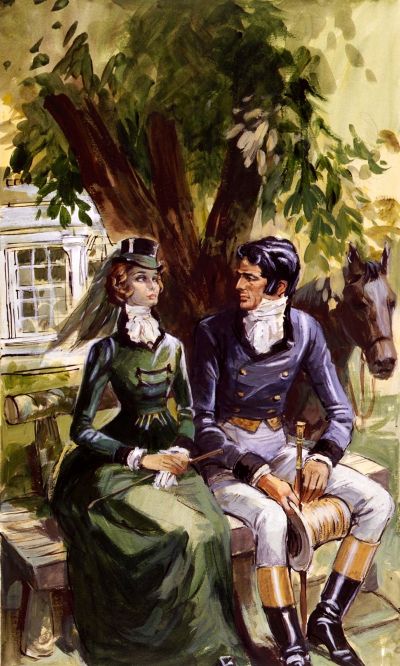 The Marquis of Milverton strides into White?s Club in a high state of irritation as he is being pestered by his family to take a ?suitable? girl for his wife. He is not surprised to find that his aristocratic friends are suffering the same pressure and they gather together to complain about their plight. They are all having affaires-de-Coeur with seductive married ladies and the Marquis himself is very much involved with a glamorous Countess. However they all recognise that they will have to marry eventually to carry on their ancestral titles and family legacy. Listening to their grumbling is the Duke of Sandiford and he challenges them to go out into the countryside in disguise and find a beautiful girl to be their dream wife. If after three months, they failed they were to admit failure and accept their family’s suggestions. He also offers a one thousand pounds prize to those who succeed. He left them feeling it was at least a sporting chance and the Marquis was the first to accept the Dukes challenge. Disguising himself as John Milton he sets out alone on his horse and has a number of unlikely adventures with people he would normally have never encountered. He helps some of them to happiness, then becomes bored and decides to return home, but will give one more village a last chance. How the Marquis becomes involved with a ruthless gang of horse thieves and then unexpectedly finds all he is seeking and can claim the Dukes prize is told in this exciting and different tale by BARBARA CARTLAND.