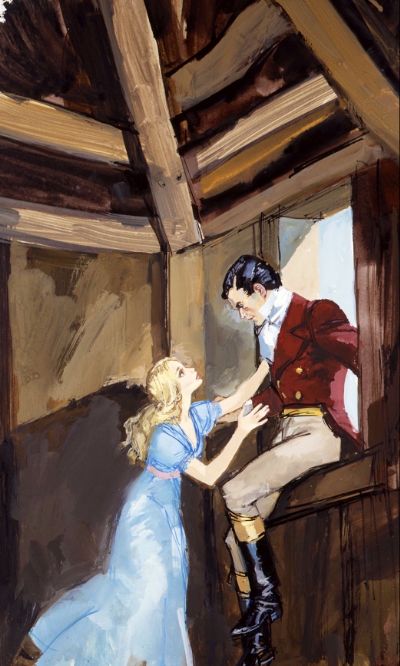 After years of fighting with the Duke of Wellington against Napoleon, the Marquis of Melverley has neglected his family seat, preferring his dalliances with London’s Beau Monde beauties. Now, betrayed by his latest mistress, he returns to Melverley Hall to lick his wounds, but nearing home he is halted by an accident and meets the beautiful young Christina Churston, heartbroken at the death of her old but very beloved pony. Soon, he is appalled to find that she is not only orphaned but also being pestered by a lecherous old womaniser, who lives nearby. So the Marquis promptly offers her his protection at Melverly Hall to be chaperoned by his old Governess, Miss Dickson. Just as Christina melts his heart and he sets about saving the local people from penury, she is kidnapped by the Marquis’s evil cousin, Terence Verley, who is the Heir Presumptive to the title and the estate. Kidnapped, imprisoned and about to lose her life, or worse, Christina realises too late that she has lost her heart to the Marquis, whom she is sure that she will never see again