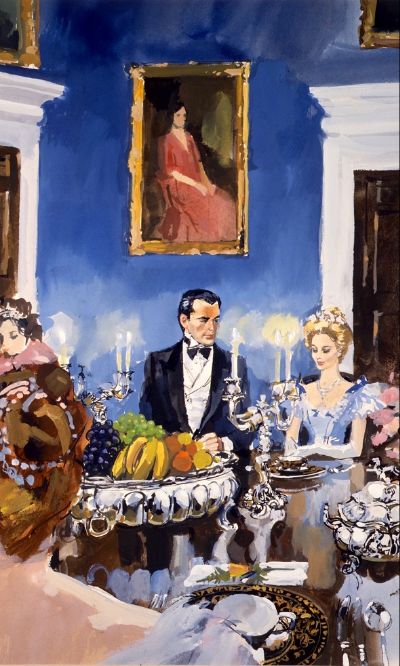 Michael, the Earl of Danesbury was being hounded to marry Lady Alice Randall, a woman he did not love. Even the Prince of Wales was determined to force him into marriage. Michael fled to his dilapidated ancestral castle for the first time since inheriting his title. There he heard a girl singing and fell in love. She was Bettina, daughter of an eccentric Major, a genius with gardens plants and herbs. Determined to put the castle gardens in good order, Michael hired the Major and found himself becoming more and more enchanted with Bettina. But Lady Alice came in hot pursuit, determined to use her powerful connections to snare him. His only hope was to enlist Bettinas help. Together they took an extraordinary gamble, one that could only succeed if it was protected by love. How love found the way to defeat Royalty and all its powers is told in this intriguing romance by BARBARA CARTLAND.