98. Passions In The Sand 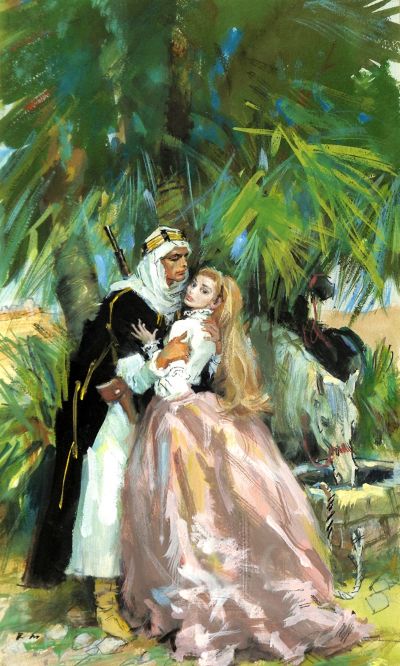 98. Passions In The Sand

When the father of headstrong young beauty Vita Ashford announces that she is to marry the wealthy and influential Lord Bantham, she is crestfallen for he is middle-aged and dull. More importantly she does not cannot ever love him! Using the completion of her education as an excuse, Vita cajoles her father into allowing her to travel to Italy. Little does he know that her real intention is to journey on to Syria to seek the advice and assistance of her beautiful and controversial cousin Jane Digby, Lady Ellenborough, who, after several marriages to wealthy Europeans, followed her heart into the desert to marry a Sheikh and is now Queen of a Bedouin tribe. Failing to find her cousin at home, foolhardy Vita follows her into the desert and a tumultuous adventure, in which she is kidnapped by a vengeful Arab Sheikh. Escaping on a fine Arabian mare, she is helpless under the cruel desert sun until the despised Sheikh comes to save her and, with a savage kiss, she has her own epiphany on the road to Damascus.