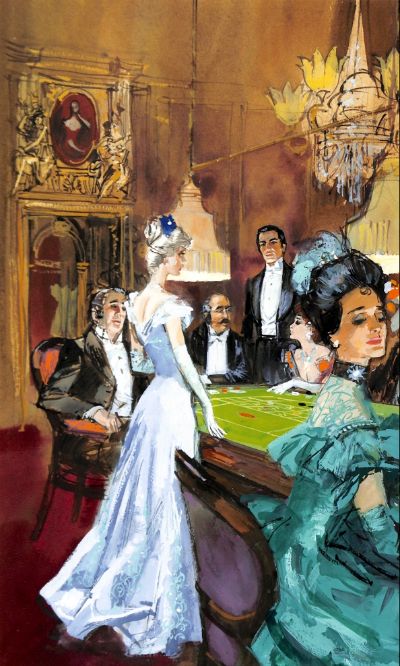 Craig Vandervelt, handsome son of the richest man in America is begged by his cousin, the Marquis of Lansdowne, the British Foreign Secretary, to undertake a secret mission in the most flamboyant principality in Europe – Monte Carlo. Intrigued by the fact that one of Britain’s top agents in India, the reclusive but respected Randall Sare, has disappeared without a trace, Craig agrees once more to use his playboy status as a mask to find out what is really happening. Craig is also told to beware of a beautiful Russian Countess suspected of being a spy. Young, glamorous and continually in the company of Lord Neasdon, a newcomer to the Foreign Office, she is suspected of using her charms to lure Neasdon into inadvertently give her information regarding the British interests in Tibet. Moving amongst Europe’s elite and the beauties of the Beau Monde in the gambling houses of Monte Carlo, Craig is soon drawn into danger and treachery, which threatens the delicate political situation between Britain and Russia. But as he uncovers each secret, moving ever nearer to the centre of the plot, he discovers something he never expected to find true love.