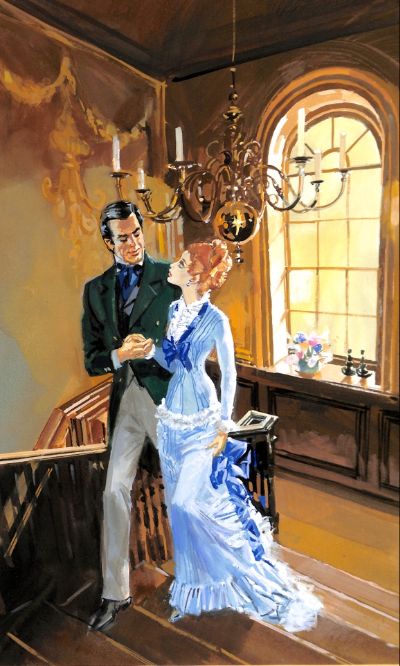 When the lovely but demure eighteen-year-old Safina, daughter of the Earl of Sedgewick, is called home from her Finishing School in Florence by her stepmother, Isobel, her heart leaps at the happy thought of going back to her beloved home, Wick Park, and seeing her father again after living abroad for so long. But to Safina’s dismay, Isobel has summoned her to return under false pretences to force her to marry the penniless Duke of Dallwyn, a gentleman she does not even know, let alone love! The Duke too has been duped and Isobel is using blackmail to coerce him into this marriage with Safina. So the reluctant bride and bridegroom meet for the first time at the altar in the family Chapel at the Duke’s house to seal their terrible fate. The whole plot is designed to ensure that the wicked Isobel can get her grasping hands on the enormous fortune left to Safina by her adored late mother. But, as the Duke discovers before very long, there is much more to the beautiful Safina than meets the eye. Finally events conspire to prove to all concerned that the magic of love is infinitely more powerful than evil.