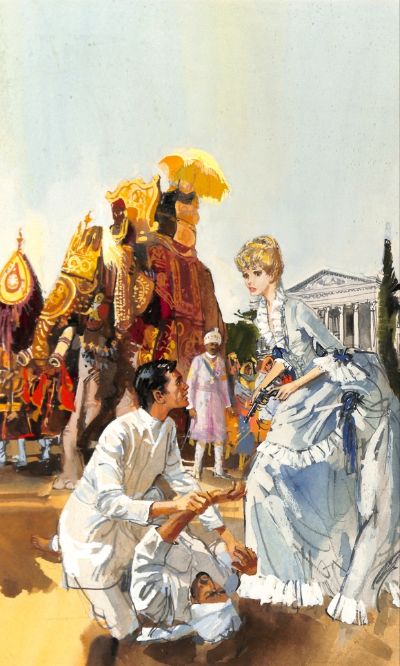 Alone since the tragic death of her beloved parents, Indian-born beauty, Sita, has suffered a life of torment at the hands of her uncle, her reluctant Guardian, who despises, abuses and beats her. In despair on a voyage to Calcutta, she is on the verge of throwing herself overboard when she is saved by a handsome and mysterious stranger. Even after her saviour disappears, he seems ever-present in her thoughts and in the background of events as Sita is caught up in the political intrigue and turmoil surrounding the controversial Ilbert Bill, which aims to put Indian Judges back into the Indian Courts to sit in judgement not only on their compatriots but also on the British. Kidnapped by murderous men desperate to stop the Ilbert Bill, who say, if your uncle wants you back, he will have to agree to kill it. Sita is locked into a cold damp cell in an ancient Fort and is desperate to escape when she is rescued by her hero, who she has sent her thoughts to that she is in desperate danger. Her hero disappears and then she helps a mysterious stranger save the Nizam of Hyderabad from being killed by a dissident. She is then distraught that her uncle wants to return to England and she has had no contact from her hero and she does not even know his name. Sita can only pray that the thoughts of love she sends out so fervently will reach him and bring him to her rescue once more.