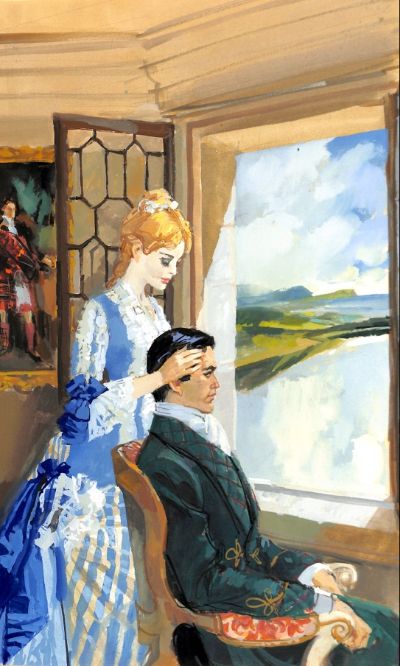 Young London man about town Hamish McMurdock bears a grudge against his uncle, the Earl of Kilmurdock, because he refused to consider Hamish’s money-making plan of selling lobsters, crabs and salmon from the family estate The refusal is unreasonable but understandable because, although a young man, the Earl is embittered, hating all women after having his heart broken unforgivably. Hamish, though, plans to teach his uncle a lesson by sending an unknowing young woman to the Earl’s Highland castle to care for what she believes is a blind and deaf old man. Almost destitute after the death of her parents, innocent young Jacoba answers Hamish’s advertisement. Arriving timidly at The Castle in Scotland, she is horrified when the Earl flies into a fury and orders her away rudely. It is only when she collapses in exhaustion that she is allowed to stay. And when the Earl is terribly wounded by poachers, she nurses him tenderly back to health. All the time love is blossoming in her heart but surely as soon as he recovers from his wounds he will simply send her away ?