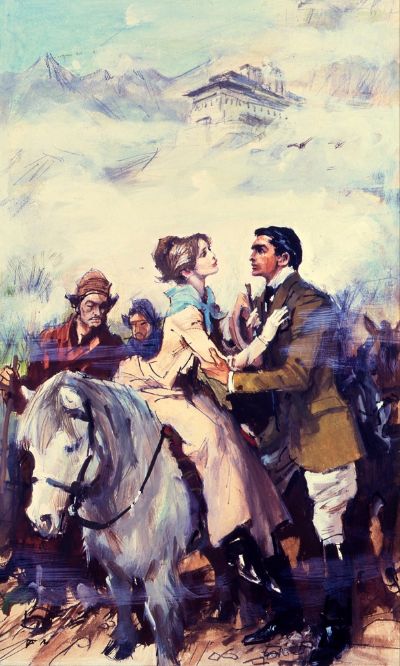 Although Chandra’s father Professor Barnard Wardell is the world’s most distinguished Sanskrit scholar, his earnings are barely enough to support him, his daughter and their faithful servant Ellen. So when the dashing Lord Damon Frome invites him on a highly paid expedition to Nepal it is a Godsend. But, having spent much of his advance, the Professor is struck down by a heart attack. So, to the fury of the woman-hating Lord Frome, demure young Chandra arrives in Nepal in her father’s place. An arduous journey through Nepal’s mountains follows, during which Chandra is entrusted with a sacred treasure by a mysterious wise man. Soon the haughty Lord and the scholarly girl find another treasure that cannot be measured in money the precious love that lies hidden in the Himalayan clouds.