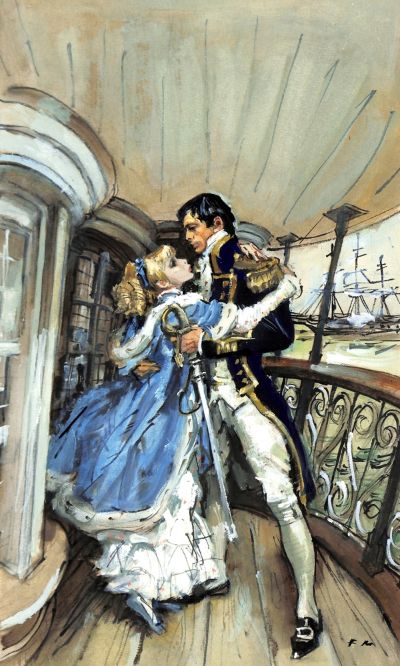 Fresh from heroic exploits in the Battle of Trafalgar, Captain Conrad Tiger’ Horn has returned to Portsmouth take command of a magnificent new ship, The Invincible, which he is to sail to Antigua to defend British trading routes against American privateers and, of course, the French. But the fly in the ointment is that he is obliged to take with him on his voyage his cousin, Lady Delora Horn, whom he has never met but whom he already loathes, assuming that she is cut from the same cloth as her obnoxious brother, the Earl of Scawthorn, who has arranged for her to marry in Antigua a certain Lord Grammell, who is the Governor of the British island. Conrad at once feels sorry for her, as Lord Grammell is not only past sixty and notorious as a drunkard, he is also hugely fat, unpleasant, foul-mouthed and debauched. And he is only interested in marrying Delora for the large fortune she has inherited from her American mother as he will be able to control it once they are wed. But Delora’s appearance comes as a shock to Conrad. Far from the hard-faced mature woman he anticipates, she is young and utterly lovely with eyes the colour of the deep blue sea, golden hair, and with an air of unsophisticated and unspoilt innocence. Soon amid perilous battles on the high seas when Conrad is seriously wounded in the leg by enemy grapeshot, the beautiful Delora saves the Captain’s life and limb and love blossoms between them. But so does despair for she is already unwillingly betrothed to the monstrous Lord Grammell, who is waiting eagerly for her when The Invincible eventually does arrive in Antigua.