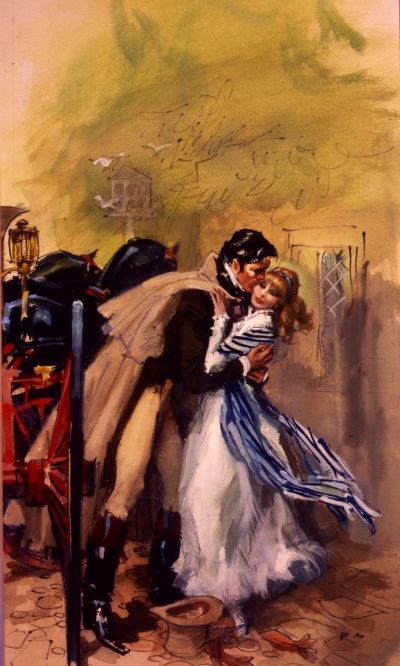 On receipt of a desperate letter, demure young beauty Romara Shaldon rushes to the aid of her distressed sister Caryl, who has run away with the disreputable and cruel Sir Harvey Wychbold, who not only mistreats her, but also refuses to marry her when he finds she is with child. After a violent confrontation that leaves her bloodied and bruised, Romara is rescued’ and taken to the next door home of Lord Ravenscar where, in her concussed, semi-conscious state, she finds herself married to his Lordship as part of his crazy drunken revenge’ on a Society beauty who has spurned him. Appalling as his behaviour has been, Trent Ravenscar’s dashing looks and Nobility steal Romara’s heart as he rescues her stricken sister but just as Romara realises that she loves the stranger who is her husband, a terrible shooting incident forces her to flee and leave all hope of love behind