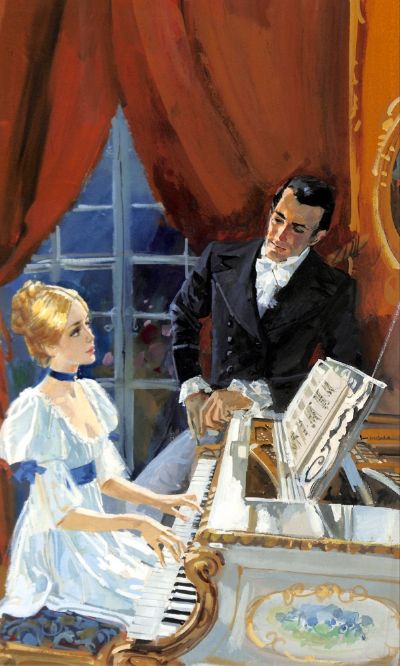 When dire financial straits force her brother Harry to sell the increasingly dilapidated family seat, Queen’s Hoo, Anthea Brooke, the beautiful daughter of the late Lord Colnbrooke, puts on a brave face. And she is delighted that Harry, under an assumed name, will take up the position of estate manager to the new owner and oversee the restoration of the ancient house while Harry, Anthea and their aged Nanny move to the much more compact Dower House. Anthea takes an instant dislike to the handsome but haughty, cynically womanising new owner, the Marquis of Eaglescliffe., known to everyone as Eagle’ So when she is called upon to play the piano incognito for his rather disreputable house party she is daunted and apprehensive as her brother has warned her severely against even meeting the Marquis. But no sooner than she flees the Marquis’s unwanted attentions by escaping through a series of secret passages unknown to him, she overhears a sinister plot to kill him. Not just once, but twice and Anthea acts at once to save the Marquis’s life on both occasions. And slowly but surely their shared passion for music, in particular the piano, is transformed into a love that they will forever share.