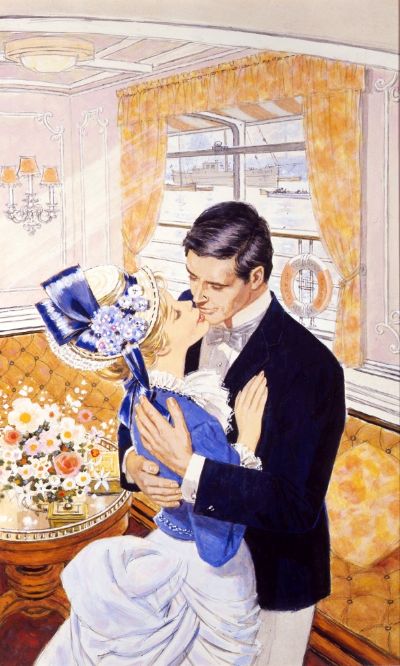 Martina knew that Sir Hugh Faversham adored her. She was uncertain how she felt about him, but she knew she could always turn to him for help. So when her friend, Harriet, begged her for help to avoid a forced marriage, Martina went straight to Sir Hugh with her plan. She proposed that the two of them should marry’, with Harriet taking her place at the altar at the last minute. Afterwards nobody could be sure who was married to whom and they would all escape on Sir Hugh’s yacht and sort everything out later. Sir Hugh tore his hair at her absurd idea, but he could not let his darling take such risks alone. So much against his better judgement, he plunged into the maddest scheme he could possibly conceive. At the last minute they were joined on the yacht by Robin, a young friend of Sir Hugh’s who was immediately attracted to Harriet. While they were falling in love Martina came to know Sir Hugh better and began to understand her own heart. But then, just when she discovered that he was the man she loved, it seemed that a stupid mistake could have left him married to Harriet after all. They would have to part for ever. How they resolved their problems and found the love they sought is told in this romantic novel by BARBARA CARTLAND.