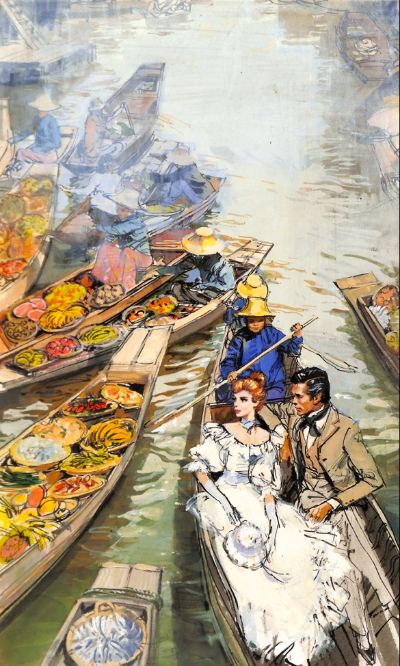 The dashing Marquis of Oakenshaw is asked by the Foreign Secretary to visit Siam to reassure the King who has been upset by Britain and France quarrelling over the frontiers. Wealthy, handsome and a confirmed bachelor, the Marquis asks several friends to accompany him on his yacht to stave off the boredom of the long journey, including the latest Social Beauty the recently widowed Lady Bradwell. At the last moment, Lady Bradwell, having accepted excitedly, finds herself without a lady’s maid. Her cousin Train, also very beautiful but extremely poor, agrees to come with her under a disguised name. How Train learns for the first time of the intrigues and temptations of Society but how she also lifts her eyes to the stars is told in this romance novel by Barbara Cartland.