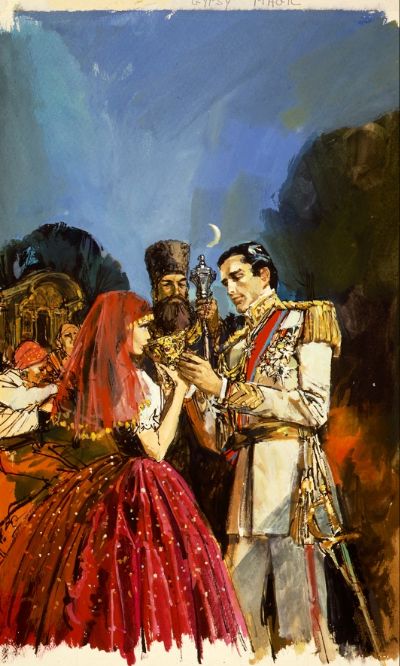 Although beautiful young Laetitia is a Princess, she and her family lead a life more befitting paupers. Despising them for the gypsy blood that runs in their veins, the Grand Duchess, their cruel Cousin Augustina, bullies and oppresses them just as she persecutes the Romany people and banishes them from Ovenstadt’s Capital. If only Laetitia could call upon some ancient gypsy spell to make things right. Worse still, Laetitia hears that the hateful woman has arranged for her daughter, Princess Stephanie, to marry King Viktor of Zvotana, despite her love for Laetitia’s handsome brother Kyril. Determined to save Stephanie from a loveless marriage, Laetitia enlists the help of a Romany Voivode and his powerful gypsy magic and then meets the King disguised as a gypsy princess only to find herself enraptured by the Voivode’s spell and filled with a love too powerful to be denied