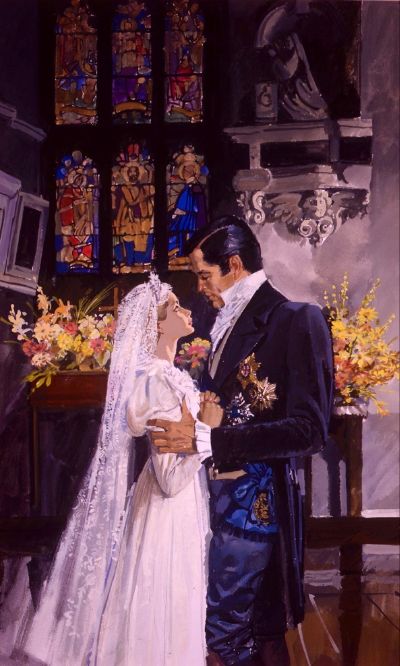 With her aging grandfather on his deathbed and not expected by his doctors to live for more than two or three months, it comes as little comfort to the beautiful Gytha Sullivan that he has made her the heiress to his considerable fortune. What is much worse is Sir Robert Sullivan’s fear that she will be seduced by some smarmy fortune-hunter’, who will squander her inheritance. And this deep concern of his makes him insist that she marries one or other of her two loathsome cousins, Vincent and Jonathan, who will do anything to take his fortune for themselves. Desperate to escape from this terrible fate, Gytha goes to visit the Master of the neighbouring estate, the dashingly handsome Lord Locke, whose life her father once saved in the War against Napoleon, and beseeches him to, in turn, save her by becoming engaged to her, thereby making a forced marriage to either of her cousins impossible. Appalled by the poor girl’s plight his Lordship agrees much to the anger of Gytha’s family and his exotic lover the entrancing Princess Zuleika. Little does Lord Locke know that, as he gains a false fiancée, he is truly about to lose his heart!