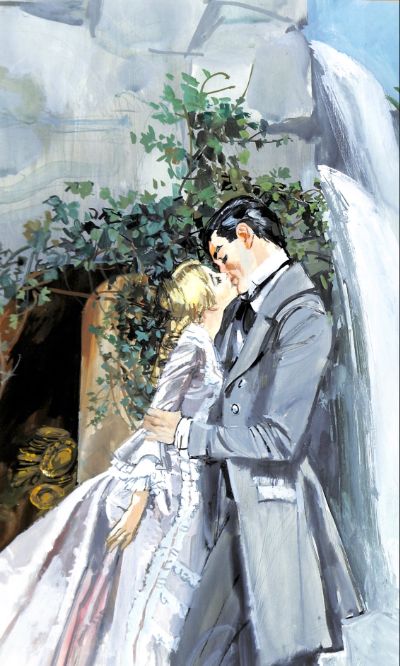 The beautiful Lady Celita Dale, daughter of the Earl and Countess of Langdale, is dismayed to hear that her best friend Judy’s father, Lord Waterforde, intends to marry his daughter off against her will to the Duc de Sahran who lives in the exotic South of France and whom she has never even met. Worse still, Judy is secretly in love with a charming young man called Clive Cunningham. Despatched to Provence to meet the Duc at his Fairy tale château the two girls are in despair until the resourceful Celita colludes with the dashing Duc in a subtle deception. To appease Lord Waterforde instead of proposing to Judy, the Duc declares his undying love for Celita, thus freeing Judy to marry her beloved Clive. The ruse appears to work until the Duc’s jealous former lover lures Celita into mortal danger. Just as she realises that she has lost her heart to the handsome Frenchman, she is also about to lose her life