9. Diona and a Dalmatian 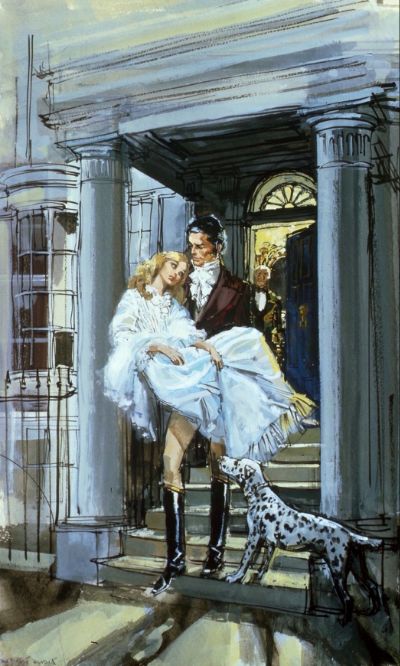 9. Diona and a Dalmatian

Sir Hereward Grantley is angry, as usual. A bad tempered man with little to commend him, he is determined that his niece, the orphaned Diona, will understand the great favour he has done by offering her a home. Never missing an opportunity to mention Diana’s penniless status and dependency, her uncle is an arrogant bully. Diona, aghast at being thrust into a world of unkindness and bullish behaviour after the love in her parent’s home, mourns their loss and clings to the last thing that her popular, horse-loving papa gave her ? beloved Dalmatian, Sirius. But no misdemeanour is safe from the mean attentions of Sir Grantley, especially when his sly son Simon is there to pour fuel into the fire. So when Sirius accidently breaks an ornament, Simon sees his opportunity to avenge Diona for rejecting his fumbled attempts to grab a kiss, by telling his father that the dog is a menace and should be shot. Traumatised at the thought of losing her dog, Diona decides that she can no longer take the misery of Grantley Hall and flees. Scared, but certain that fate is guiding her to safety she seeks refuge with the handsome Marquis of Irchester. A confirmed bachelor and friend of the Prince of Wales, the Marquis has become used to a life of pleasure amongst the Beau Monde following the privations of the war in which he distinguished himself. A prized catch amongst Society debutantes and wealthy widows alike, he has so far managed to evade being trapped, whilst enjoying the companionship of some of the most beautiful women in London. But when touchingly innocent, educated and ethereal Diona begs him for a job, she provokes protective feelings in the Marquis that he didn’t realise he had. Accepting her wish to remain anonymous, he admires her determination to save her beloved dog, and swears to prevent anyone harming her or Sirius. But can Diona remain anonymous once her uncle starts looking for her? And just how far will the Marquis go to protect a girl he doesn’t know? As fate throws Diona an unexpected wild card the pressure is on and faith, loyalty and true love will all be tested to the ultimate limits.