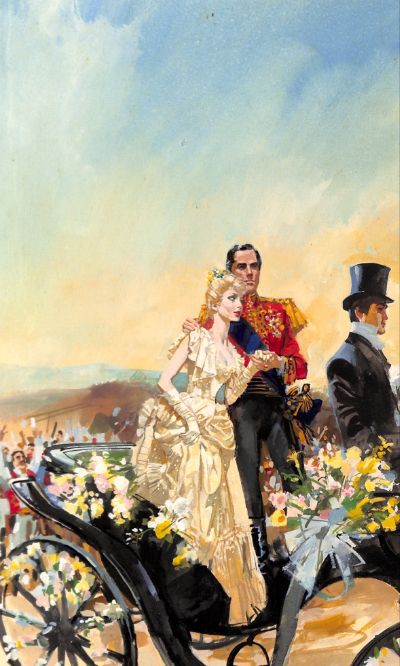 As a minor member of the Greek Royal Family in exile in England, beautiful young Princess Giona knows her Fate only too well. One day she is to marry for duty to her country rather than for love. But to her horror, destiny comes calling far too soon when by Queen Victoria’s Royal Command she must marry the ageing and unpleasant King of the Balkan State of Slavonia in order to prevent it being swallowed up by its powerful neighbours, Austria and Germany. Arriving at the Capital City of Slavonia to meet her Royal suitor, she is horrified by his rudeness and contempt for his people even as they take Giona to their hearts. But on the Royal Train, Giona has a thrilling encounter in the dark with a mystery man, who she saves from capture and execution by the Royal Guards. Could this man be the so-called pretender to the throne she has heard whispered about secretly, the revered Invisible One’? Departing as mysteriously as he arrived, he promises, as she has saved his life, that he will rescue Giona if she ever needs him and her position in Slavonia becomes impossible to bear. When the old King reveals his true brutal nature, Giona sends for The Invisible One’ and soon she has lost her heart to this gentle revolutionary, who is actually called Mikl?s, Slavonia’s rightful ruler, and who soon will crown her with love if his revolution proves to be successful and it only can be with Giona’s help.