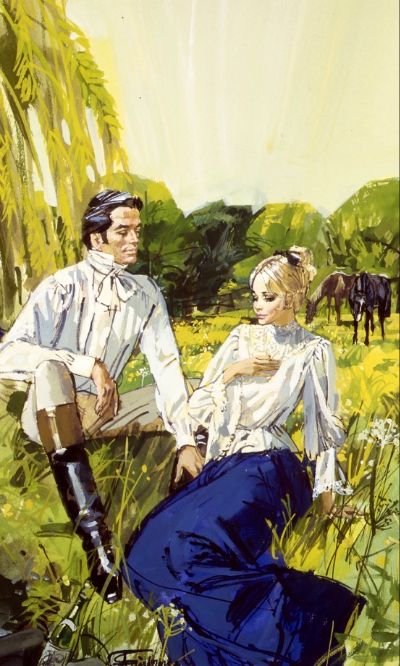 The Duke of Brockenhurst, bored by Society and cynical about the beautiful women who cast themselves before him in a desperate bid to become his Duchess, accepts a wager to ride from London to York alone and incognito. Outraged by the suggestion that he has lost his verve and the command he once had whilst distinguishing himself in the Army, he decides to reflect on his future, whilst setting himself the challenge to move amongst ordinary people undetected. Valora Melford is bereaved of her beloved father and left in the care of her grasping stepmother. Determined to force her lovely stepdaughter to marry the dissolute Sir Mortimer, who is willing to pay ten thousand pounds for the pleasure, she first entreats and then threatens Valora to do as she is told. However, Valora is made of stronger stuff than her fragile exterior would suggest and she tells her stepmother in no uncertain terms that she will not marry the repulsive old Baronet. In fact Valora is adamant that she will never marry at all, as she does not believe that true love exists. Overhearing a distraught Valora arguing with her cruel stepmother in the room next to his, the Duke of Brockenhurst decides to step in and help the maiden that he can hear is clearly in distress. With his disguise unbroken, he decides to help her escape from the inn they are staying in and avoid an unwanted marriage. Immediately trusting the handsome stranger who offers to protect her until she reaches the shelter of her grandfather’s house in York, Valora packs her few possessions and they steal away together. But ten thousand pounds is a lot of money to lose and it does not take Valora’s stepmother long to realise that her stepdaughter has escaped. Outraged, she quickly dispatches two henchmen hell-bent on dragging Valora back to the altar. With her captors in hot pursuit, it appears that Valora’s escape is doomed and the Duke’s mask will be uncovered. Drawing ever closer, the Duke must use all of his Military skills and natural quick wits to keep them safe. With danger and trickery at every turn, Valora is forced to depend upon a man whose real name she does not even know.