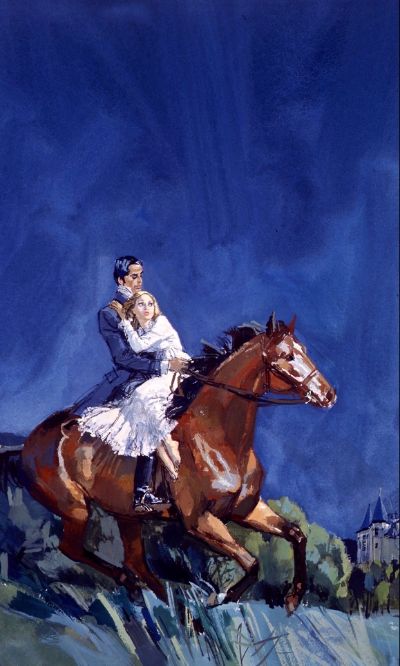 Exceedingly lovely, grey eyed-beauty Lady Marcia Woode is the apple of her father’s eye as his only child. But unlike the other Society debutantes she is reluctant to be pinned down by marriage indeed she has refused proposals from countless suitable suitors, the latest being from the richest Duke in the whole of England. Infuriated, Marcia’s father decides to force her to marry the illustrious French Duc de Roux, whose father was an old and distinguished friend of his. Arriving in France, Marcia is swept off her feet by the Duc’s awe-inspiring château, the magnificent gorges of the Dordogne and, best of all, his stable of fine thoroughbred horses, if not at first by the Duc himself, who is extremely tall and handsome Impressive though he is, Marcia knows that he is not in love with her, nor is she with him. And she will not marry unless it is for love and love alone. And yet, almost in spite of herself, she realises that her heart has other ideas. When she finds out that the Duc’s decadent nephew, Sardos, is plotting his murder and then she discovers the Duc at his nephew’s gunpoint amid the stalactites and stalagmites of a prehistoric Dordogne cave, And with a courage born of love, she rushes to the rescue