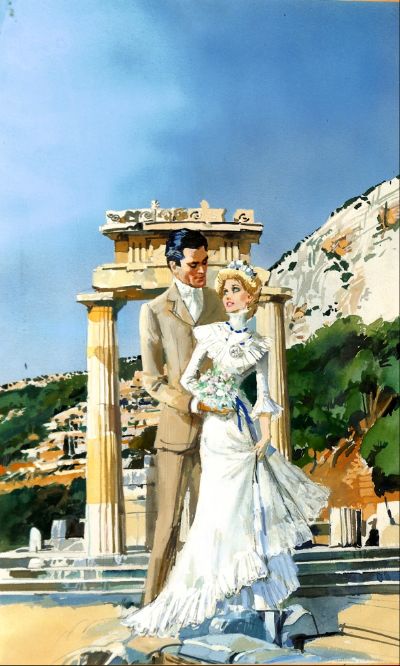 Lord Springdale is becoming increasingly irritated and tired of being told by his grandmother that he must marry and produce an heir to his illustrious title and estates. She keeps on telling him that, as he is the last of his line and at the age of twenty-seven, he must find a suitable wife and settle down. After a number of affaires de coeur with attractive married ladies, he is not in the least attracted to debutantes and so avoids their pushy mothers like the plague As he was leaving a hospital after visiting his grandmother, a young girl, thinking that his carriage was for hire, jumps in and orders him to drive away quickly. Lord Springdale is obviously surprised and, when he looks at her, he realises that she is very beautiful. After agreeing to take her to where she wants to go, he learns that Mellina is being forced into marriage by her immensely rich father to a man he has chosen for her and who she utterly dislikes and despises. Because they both hate being pushed into marriage to someone who only wants him for his title and her for her father’s vast fortune, they agree to run away on his superb yacht disguised as brother and sister. They set out confidently in the hope that they will each find their ideal partner on this voyage and counter the pressures that they are suffering from at home. They call at Gibraltar, Marseilles and then sail across the Mediterranean to Tunisia. It is during their visit to the ancient Colosseum of El Djem in Tunisia that something terrifying happens to Mellina and she is rescued by Lord Springdale, which is to completely change both their lives. How this all comes about is told in this exciting and intriguing story by BARBARA CARTLAND.