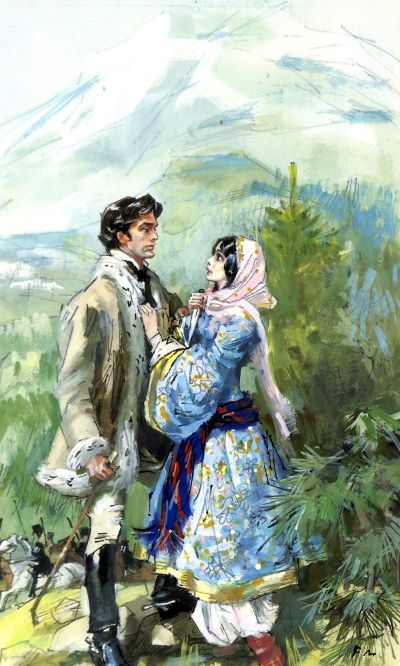 The handsome and aristocratic, thirty-five year old diplomat Lord Athelstan knows that he is heading for trouble on his mission to the Caucasus to investigate how long the legendary Shamyl, the Imam of Daghestan, can hold out against the invading Russians. But little does he expect to be faced with another kind of conflict with a beautiful young hostage imprisoned in the Imam’s stronghold. The lovely Natasha is only nineteen and she was seized along with a Royal party by the Imam’s followers and held to ransom against the release of the Imam’s only son by the Russians. Orphaned, she has no hope of raising a ransom and instead has reluctantly agreed to be given to the Sultan of Turkey as a wife’ for his vast harem in return for the release of her nine-year-old brother. The Imam implores Lord Athelstan to escort Natasha safely to Constantinople a favour he cannot grant lest it anger the Russians and compromise Great Britain. But then he meets her undoubtedly the most glorious woman he has ever seen, with fire in her eyes, when he informs her that he cannot agree to Shamyl’s request. Ultimately Natasha gives him no choice and, when she appears among his party in disguise, Lord Athelstan is furious. Soon their mutual hatred turns to all-consuming love a love surely doomed by Natasha’s pledge to sacrifice herself to the Sultan’s harem for the sake of her brother