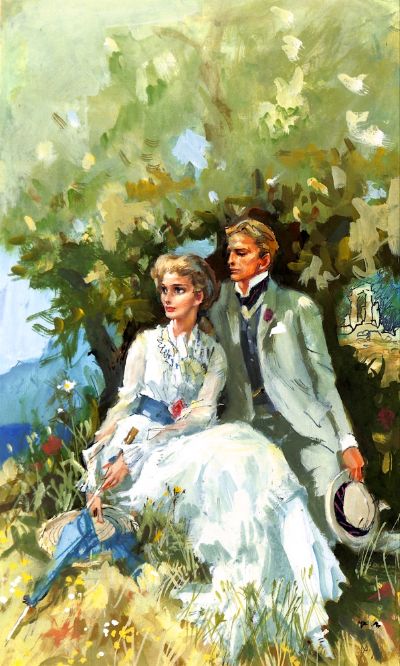 When Madelina Winston, a beautiful American heiress, arrives in England, she has at first only one thought on her mind, to try and trace her late father’s English family.
Her stepmother, Mrs. Winston, has other ideas. Madelina might have beauty and a fortune, but as far as Mrs. Winston is concerned she lacks the crowning glory of life, an English title.
Mrs. Winston knows that there are many impoverished aristocrats hoping to marry money and wastes no time in setting about finding a likely candidate for Madelina’s hand.
Madelina meanwhile, is distracted by a handsome, if arrogant, gentleman called Oliver de Burge whom she sees at The Langham Hotel, so she is not at all enthusiastic when a new acquaintance, Duke Tunney, invites herself and her stepmother to his county seat, Belmont Hall, and she is convinced it means that she will never see Mr. de Burge again.
Belmont Hall, however, proves to be a place of destiny. There she will find herself entangled in a web woven by both her stepmother and the Duke and there she will re-encounter de Burge and the jealous Lady Kitty.
And there she will discover more about her father’s past than she could ever have wished.
It is a past that threatens to strangle the bond evolving between herself and Oliver de Burge.
And how she must cross what seems to be a very ocean of love before she can find a haven in his arms is all told in this thrilling romantic tale by BARBARA CARTLAND.