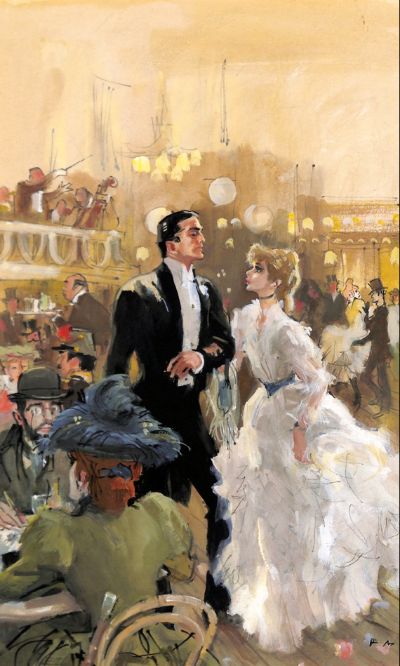 The letter from the beautiful and innocent Una Thoreau’s dissolute father seems urgent when it arrives at her Convent School in Florence, where she is being taught by very protective nuns. Since he abandoned his family and went to Paris to pursue a career as a painter she has barely seen him, so in response to his request that she join him, she departs immediately. On arriving in Paris she is horrified to find that her father has died in an accident, but she is not told that he was extremely drunk at the time. She is alone in the world an innocent abroad in a fin de siècle City of sin. Alone that is until her father’s agent, the scheming Monsieur Philippe Dubucheron, takes her under his wing and introduces her to the handsome ladies man, the Duke of Wolstanton, who has just arrived to stay in his grand house in Paris in order to escape from an affaire-de-coeur in London that has become too difficult for him to handle. The Duke at first assumes that Una’s naïvety and simple honesty are an affectation designed to prise money and jewels from his hands as so many women have done in his past. But, as her winsome ways and innocence win him over, he realises that he has lost his heart for the very first time in his life.