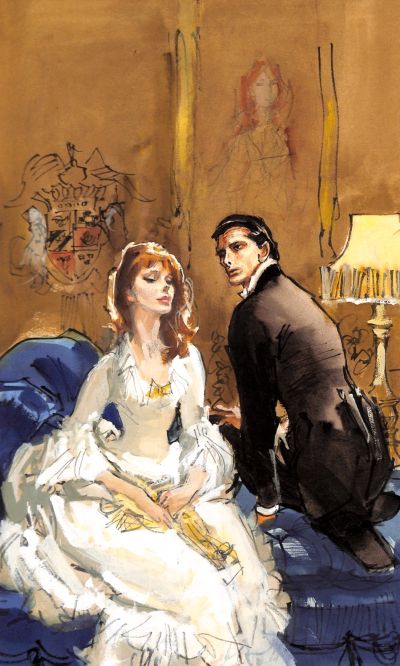 Scandal, adultery and an angry husband has to be avoided if the Duke of Rockinston, one of the most handsome and charming bachelors in London, is to keep his family honour and his preserve his place at the centre of Society. With the furious Earl of Darran hot on his heels, the Duke narrowly escapes complete social ruin after being discovered leaving the home of the lovely Countess at three o’clock in the morning. Unable to convince the Earl that their liaison was nothing more than innocent friendship, the only way the Duke can save his family from scandal, and the Countess from an unpleasant divorce, is by announcing his engagement to someone else as quickly as possible. Aware that any number of London’s debutants would jump at the opportunity, but already bored by their vacuous company, the Duke decides to approach his great friend the Duke of Lynbrook to ask for the hand of his beautiful daughter, Venetia. She has everything he is looking for in a wife renowned beauty, a good family and most importantly having spent the last three years in a Convent school in Paris she will be completely ignorant of his reputation as a rake. There is just one flaw to his magnificent plan. Venetia and he have never met, and are most certainly not in love with each other. Undeterred by this minor detail, Venetia is summoned home by her father, the newspapers are informed and the wedding date set for two weeks time. But neither man has considered how Venetia might feel about their master plan. The Duke of Rockinston may be a charming, wealthy adventurer, but Venetia has always assumed that the man she marries will be her perfect match and is astounded to discover that she is expected to marry a complete stranger. With the Earl still seeking revenge and the elusive Duke away in Scotland until the day of his wedding, will Venetia comply? And if she does, can this marriage of convenience possibly make either the husband or wife happy? With only a fortnight to the big day, Venetia must use all of her exceptional intelligence to work out a way to make a marriage, conceived in desperation, become a love story with a happy ending for everyone.